A concoction of vivid cultures impacting the people, their mien, vantage, credence and lifestyle – that is what Indian culture is about. Indian culture has travelled through several eras and has adopted a lot from them. It is not just about following some traditions, it is about the sense of belonging and homage to the civilization which was once represented by our ancestors. The culture you live in, gives you a distinct identity not just by means of how you celebrate festivals, dress up, or perform rituals, but also by your day today activities and the way you live. Even before the first family drive in the new car, a Nariyal-Nimbu is cracked open in front of it, deviating it from the road to any mishap; to start a new venture, a Muhurat or auspicious time is determined so that it prospers; Dahi-Peda is taken on the very first day of the new job or examination to ensure all goes fine; touching feet of elderly to seek their Aashirwaad or blessings; all this constitutes Indian culture. Some people stay true blue about it while some find it imposed. 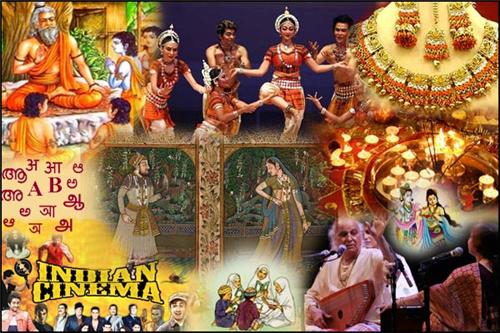 The diversity of India is presented also by an ambit of festivals that are celebrated here. Festivals play an intrinsic role in attributing the Indian culture by means of their colorfulness and vibrancy. They paint the minds and souls in the spirit of oneness and are marked by celebrations in various ways; be it Diwali - the ‘Festival of Lights’, or Holi – the ‘Festival of Colors’, Id – the ‘Feast of Sacrifice’, Guruparb – ‘Prakash Utsav’ or Christmas – the ‘Birth of Jesus’. Every celebration marks the auspiciousness and significance of Indian culture.  While festivals like Diwali, Holi, Christmas and Id are celebrated across the country, some festivals are regional.

Festivals like Bihu in Assam, Onam in Kerala, and Pongal in Tamil Nadu are celebrated with much zest and pomp. All these festivals mark the harvest season which refer to reaping the rewards of hard work. They are celebrating by dancing, singing, enjoying good food, thereby thanking God for the gifts of natural bounty.

Learn more on Festivals in India

Music and Dance of India

The essence of India’s cultural heritage is fragmentary without the allusion of music and dance. There are several ancient forms of Indian classical dance like Bharatnatyam, Kathak, Odissi, Manipuri, Kathakali and Kuchipudi which form an inherent part of performing arts. While going through the significant pages of Indian history, one can imagine the mesmerism created by the magical sounds of Ghunghroos that must have echoed on the walls of ancient courtyards and palaces. 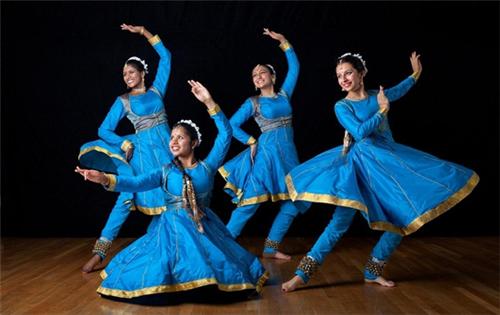 Owing to the variety of Indian musical instruments like Sitar, Sarod, Veena, Tabla, Sarangi, Dhol, Pakhawaj and Mridangam, the Indian classical and folk music has been the most sought after form of music all over the world.  Classical music comprising of the Hindustani and Carnatic music and semi-classical classified in genres like Dadra, Thumri, Ghazal, Kajri present various Ragas and Taals to give astounding music. India has given many world-renowned musical geniuses like Thyagaraja, Pt. Ravi Shankar, K J Yesudas, M S Subbulakshmi, T N Seshagopalan and Amzad Ali Khan. Apart from classical and semi-classical, Indian folk music like Rabindra Sangeet, Bihu, Dandiya, Lavani and Rajasthani have been winning hearts worldwide through live concerts by our talented performers.

Click here to learn more on Dance and Music in India

Drama and Theater in India

Drama in India has been holding tremendous significance since the ancient times. The concept of street plays, open ground plays and Nautankis has been practiced since ages. From the ancient Abhigyan Shakuntalam, Ramayana and Mahabharata to the plays by Rabindranath Tagore like Chitrangada, theater and drama had been significant to the culture, depicting various aspects of real life. The Urdu, Marathi, Bengali and Gujarati theaters have been flourishing and today hold  special place in Indian culture.

Learn more about drama in India 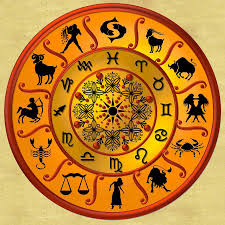 Astrology or Jyotish has been one of the most important subjects of study and belief in India. There are many aspects on which this traditional science is based upon, one of them is the position of stars and the moon, which are known to judge the fate of a being. The believers follow Jyotish during various milestones of life; like determining the date of any wedding, birth of a child or setting up a new business. Indian or Vedic astrology is based on sixteen elements – Rashis or Zodiac signs, Dashaas or situation of Grahas or stars, Moon and the Sun, Grahas or Stars, Gocharas or the period of interaction by the stars with the natal chart, Yoga or planetary combinations, Bhavas or Houses and Drishtis or Aspects. Though no claims of astrology associated with science have been proved, yet people take it as gospel. The most revered of Indian astrology is Nadi Jyotishyam based on the belief that life story of all the human beings is already written by ancient Hindu sages on palm leaves.

Indian costumes have been fancied by the entire world. A woman draped in a traditional Saree wearing nice Indian jewellery and a Bindi on her forehead is idolized as a typical Indian woman. There are many types of sarees based on the designs and fabric they are made of, like Banarasi Saree, Kanjeevaram Saree, Bengali Saree and many more. They are worn in various ways on many occasions. Salwar, Churidar, Kurti are other daily wear for women and girls. The traditional daily wear for men is Dhoti-Kurta and Kurta-Pyjama. For very special occasions, women wear Lehenga-Choli, Lachas, Shararas and men wear Sherwanis. Today, the modern day common wear is inspired by western culture. 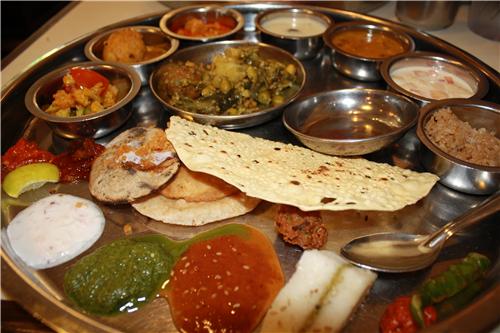 Indian cuisines are relished all over the world. The tangy flavors emerging from a variety of hot Indian gravies make Indian cuisines popular everywhere. Owing to the practicing of concept of Tadka with Hing or Asafoetida, every Indian kitchen stays aromatic all the time. The curries are made by roasting the fusion of all Masale or Indian spices like Lal Mirch or red pepper, Dhaniya powder, Haldi or Turmeric, Amchur, Garam Masala and lot many. With Dals or pulses, Rajma, Chana being part of staple diet, a typical Indian Thali comprises of vegetable dishes, Raita, Papads or Poppadams, Achaars or Pickles, Chutneys and Kasundi along with Rotis, Parathas or Pooris (Indian breads).

Every Indian state is popular for its distinct authentic flavors presented by its cuisines, like Rogan Josh of Kashmir, Makke ki Roti and Sarson ka Saag of Punjab, Dal-Bati-Churma and Gatta Karhi of Rajasthan, Dhokla-Thepla-Handva of Gujarat, Shukto-Luchis of West Bengal, Hyderabadi Biryani, Dosa-Idli-Sambhar of South Indian states, Channa Madra of Himachal, Ghughni of Bihar, Jolpan of Assam and lots more.

Indians are known to have an essential sweet tooth, as an Indian meal is incomplete without any sweet that is usually Gulab Jamuns, Halwas, Laddoos, Barfis, Rasmalais, Rasgullas, Jalebis, Rabris or Mal Puas.

With official languages been Hindi in Devnagri script and English, India speaks 22 officially recognized languages. Hindi birthed from Sanskrit is known as the principal sacred language of ancient India. The entire group of Indian languages is divided into many further groups including:

The Indian Itihaas or history has been narrating inspiring tales of sacrifice, valor, Karma and Dharma by means of epics composed in poetry form in ancient times. The Geeta, Ramayana and Mahabharata are the oldest epics first written in Sanskrit in Chaupais. They were later translated in other languages. They depict lives of Hindu Gods and are revered as sacred as deities. The Vedas and Puranas comprise of a huge collection of holy verses on the lives and teachings of Hindu Gods and are worshipped by devotees. Likewise, for Sikh it is Guru Granth Sahib while for Muslims is holy Quran. 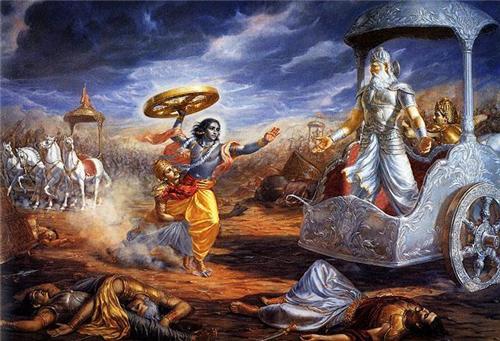 The first Hindi epic was Ram Charit Manas by Saint Tulsidas, which is inspired by Ramayana, being based upon the life of Lord Rama. The modern Hindi epic is Kamayani written by Jaishankar Prasad. 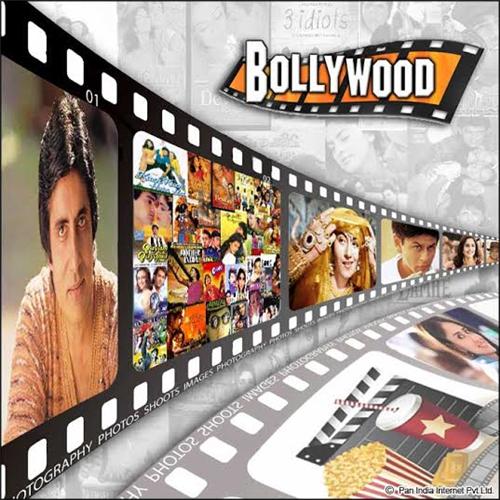 Indian Cinema is not just about Bollywood or Hindi Cinema. It rather represents Cinema of all the regions of India as a whole. Today it has reached to the status of being the global enterprise. The technological, talent and budgetary advancements in Indian cinema can be measured through a long journey covered from ‘Alam-Ara’ to ‘Krish’. Indian cinema has progressed through decades being the biggest revenue generator, and reached a milestone which itself is the destination. The commercial Hindi cinema has won accolades of being the most sought after cinema in the world. This burgeoning industry has produced the films that are remembered along with a huge fan-following.

The term ‘Indian Art’ serves as a synonym to the Indian culture. It is classified into Sculpting, Wall Painting, Miniature Painting and Jewellery Designing. It represents various bygone eras like the Indus Valley Civilization, Greco-Buddhism era, Mughal era in various ways. The artistic monuments of ancient times depict their brilliance through their sense of imagination, creativity and immense talent as one gets awestruck while looking at them. The folk and tribal art has presented some very amazing art work through pottery-making, metal-work, weaving, paper-art and jewellery making. By means of their art-work, they have been showcasing faith in their Gods, their rituals, beliefs and festivals.

Jewellery in India is considered as an important medium of enhancing the beauty. Some jewellery items hold religious values and beliefs while some are for fashion’s sake. The traditional ones hold religious significance. Ranging from essential Mangal Sutra, Bichhiye, Mang Teeka, Kada or bangles, Payal or anklets and Chudi to the trend-setter items like necklaces, danglers and bracelets, people have been wearing and flaunting them. India, the ancient land of art and culture holds tremendous prowess in jewellery designing. Despite the trend of imitation jewellery and the antiques, the traditional Indian designs always stay in huge demand. Apart from exclusive gold and silver jewellery, there are Kundan, Lac, Polki jewellery that set the trend.
54951