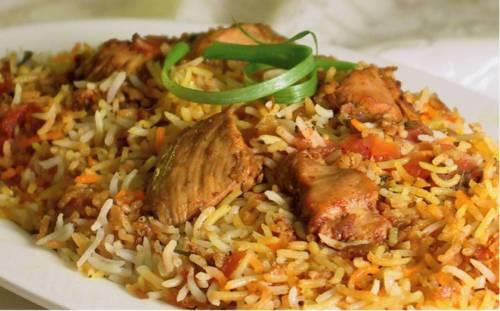 Biryanis… The very word probably has you licking your lips. And though most people assume that it is a total non-vegetarian thing that is really not true. Vegetarians too smack lips at the mention of the biryani, which is humbly replaced with potatoes and paneer instead of the meat. But vegetarian or non vegetarian is not the only classification of the Biryani. Different corners of India have their own version of this versatile clay-pot dish. Here are some of them- 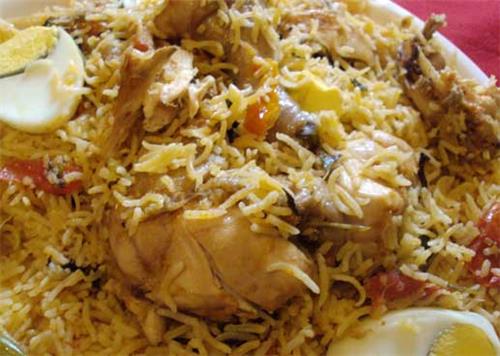 The Lucknowi Biryani or the Awadhi Biryani is found mostly in northern India. The Mughals stated that it is the actual Biryani with recipes trickling down from generations. In fact, historians too mention Awadhi Biryani as a royal treat. The main ingredient in this biryani is the Mutton. Often called Dum Gosht, this is what makes the Awadhi Biryani different from others. The biryani here is made from the classic style using a dum, which basically means covering the top of the pot with a wet flour dough. This seals all the aromas inside the pot and provides you with a dish that is decadent and timeless. 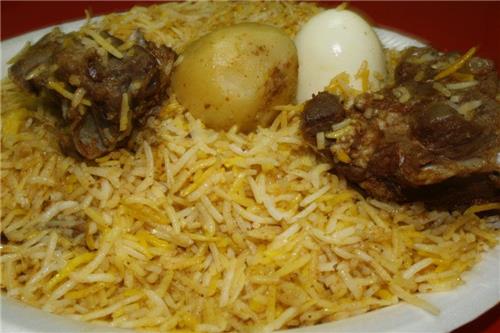 When the nawabs moved towards the east, they bought their cooks who taught the locals this delight. But the cooks here added a few twists here to make the Biryani way more delicious. Mutton is one of the primary ingredients in the Biryani here along with chicken. Potatoes are added too. On the whole this Biryani is more subtle in spice and lighter too. As per folklore, the Bengali chefs here wanted to make a few changes to the classic to suit the local palette. Today, the biryani is available at every nook and corner of the city. Though vegetarian versions are hard to find, the mildly flavored biryani has become a street food popular thanks to the easily available ingredients.

This is a version adapted by the Parsis and the Irani community here. The biryani available in Bombay is greasier, served with a meat gravy and topped with fried onions. Unlike most of the biryanis, this version is easy to prepare and there is no need of a dum here. The classic flavors are retained using contemporary accessories like a lid or even a foil. However, what makes this biryani equally tasty is the fact that the gravy is absorbed completely by the rice and the fried onions add bursts of flavor. Since the accompaniments here include raita too, it makes this biryani a complete meal to savor. 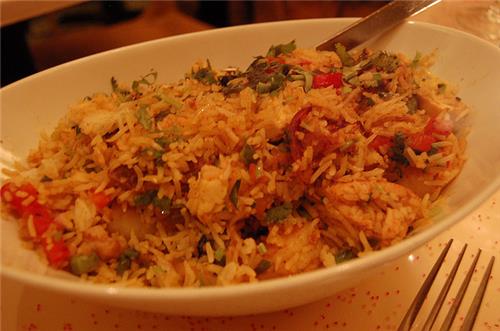 The Dindigul Thalapakatti Biriyani is a Tamilian adaptation of the biryani that is largely found in the southern parts of India. It is made with the special Seeraga Samba rice. However, the twist to this biryani is that a lot of local masalas are used here. Southern spices like the cinnamon and the cardamom are used to enhance the flavor of the biryani. You will also love the taste of the local Seerage Samba rice, which is much similar to the basmati rice used in traditional biryanis, but works very well here too. The version is faster to cook too. 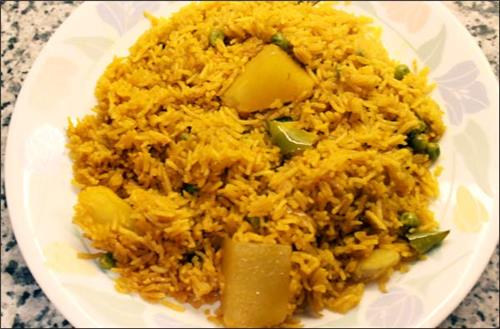 Made to suit the palette of the Brahmins and other vegetarians, this version of the biryani was innovated. It simply replaces the meat with vegetables, potatoes and paneer. Those who believe that the non-vegetarian biryani is the best should really try this version too. All the flavors of the biryani are retained through the spices, the saffron and a dash of yogurt and milk. But what makes this even better is that potatoes add some meatiness along with fried onions and paneer. To compensate the loss of meat, fried cauliflowers are added too. So forget all the calories and indulge in some lip-smacking tahiri. 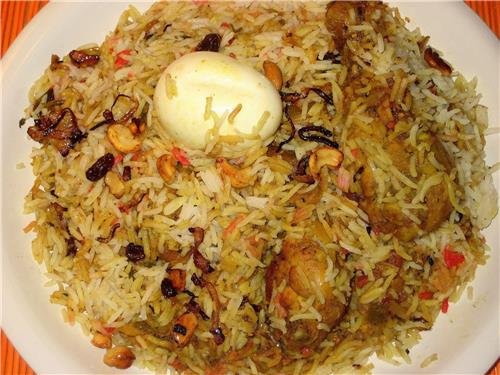 This is a Kerala style biryani that is only found in the Malabar regions. What makes this biryani different is the versatility with it is made. You can add eggs, chicken, mutton or whatever you want to it or even everything. Flavors have a strong hint of southern spices like cinnamon and cardamom. Again this is a biryani style that is a bit wet and can be had along with some meat gravy. The Malabar biryani is now available in other cities across the country and is one of the biryanis that are low on calories and high on taste. 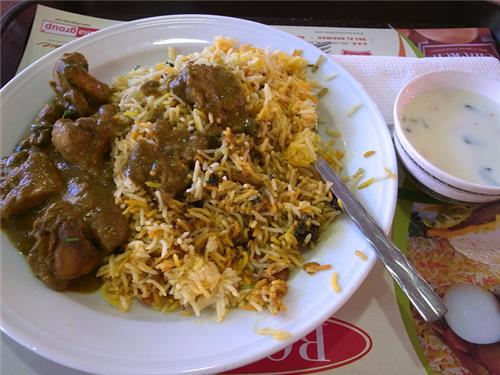 This is quite similar to taste like the Dindigul biryani but the Lankans have added a lot of spices. In fact this is one of the spiciest versions of the Biryani that you can found. It is mostly available in the southern parts of India, where settlers from Sri Lanka have bought this popular food. The Sri Lankans love using a lot of meat in their biryani. The meat itself is made and marinated with chillies and spices so get ready to keep a cold glass of water next to you. 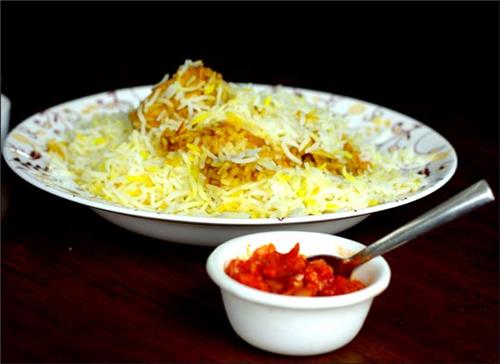 The Bhatkali biryani is a part of the Navayath cuisine, which is specialty of the coastal region of Karnataka. It is distinct in flavour and taste as it mostly uses seafood. The biryani is made with fish and shrimp and uses local spices. However, this biryani too scores well in terms of flavor because the use of local sea food. Another aspect is that the sea food is lighter on the palette as compared to most of the meats. So you can indulge in some extra portions without being guilty about all that high fat meat.

Beary Biryani is one of the lighter forms of biryani available across the country. It is much easier to digest and is adapted from the Muslim Community in Dakshina Kannada. The main ingredient here is beef. It is made with ghee rather than oil. It makes use of coconut extracts along with curry leaves and the makers of this biryani are proud of what they have created. The Beary Biryani is indeed very different from the other variations and you may feel that it is more like a pualo. However, once you taste it, the flavors within the rice really make you salivate. 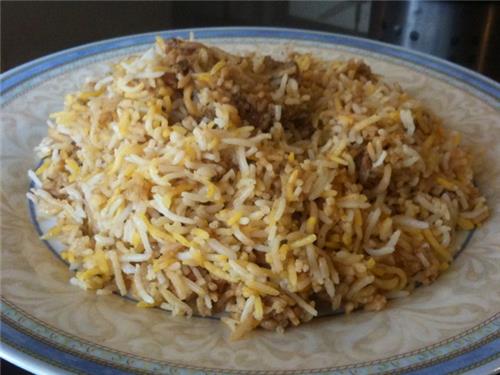 This dish is a Bangladeshi specialty and is made using mutton and meat. But they are cooked separately and then combined together to form a single dish. What makes it unique is the combination of two separately cooked foods that works well together. The combination of the two meats adds oozes of flavor to the biryani. But it also makes it more difficult to digest. Nevertheless, this biryani has made its way into Bengal and other major cities across the country. On the whole, this has become a part of the celebration of food like other biryanis too. 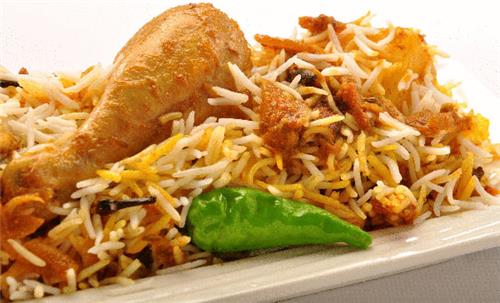 This one comes straight from the Sindh district of Pakistan. Again, it is mostly available in the northern parts of India. What makes the dish unique is the use of yogurt instead of cream to add richness. Thus the complete dish is lighter. Black cardamom pods, black pepper, cloves, cumin, bay leaves, mint, coriander, ginger, garlic, etc. are the common ingredients that you will find in this biryani too. But a few things that add a distinct taste here include the use of prunes. 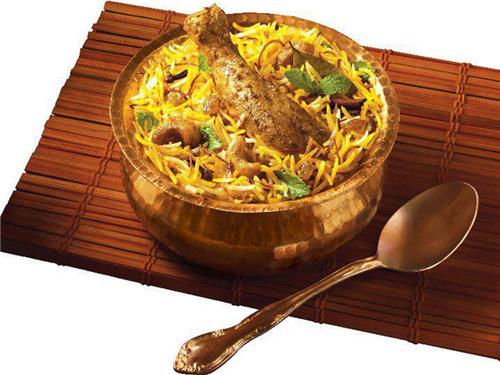 If you mention Hyderabad, the first thing that comes to the mind is Hyderabadi biryani and vice versa. The use of mutton, with a mix of spicy rice, seasoned mutton and clay pot cooking is what makes the biryani unique. There are basically two variations of the biryanis. The first is the Kachchi biryani that is made with meat marinated that are soaked for hours in spices and yogurt. Then the meat is cooked in between the layer of the rice. The other variation is the pakki biryani where the meat is cooked before being layered between the rice. 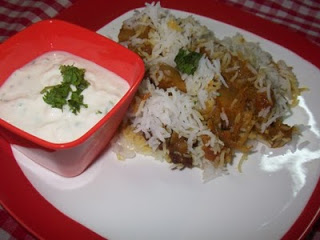 Memoni Biryani is very much like the Sindhi version of the biryani (not Sindh). It is made using lamb and is served with raita and fried onions. It has been specially made by the Memon ethnic group to add some variation to the local taste. What makes this dish unique is that while retaining some of the most authentic flavors of the biryani, the Memons started serving the dish with additional onions on top for a crunch. The simple raita works immensely well as an accompaniment because it does not over power the taste of the biryani. 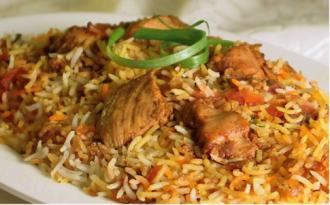 This is not the same as the Sindh biryani but is similar in nature to the Memoni Biryani. Basically the Sindhis added a twist to the biryani by serving it with raita and salad to make a complete meal out of it. This biryani is actually very similar to the Memoni Biryani except that it makes use of the local ingredients. It is also served on the classic banana leaf, which is a popular style of serving and cooking food in the Sindhi community. 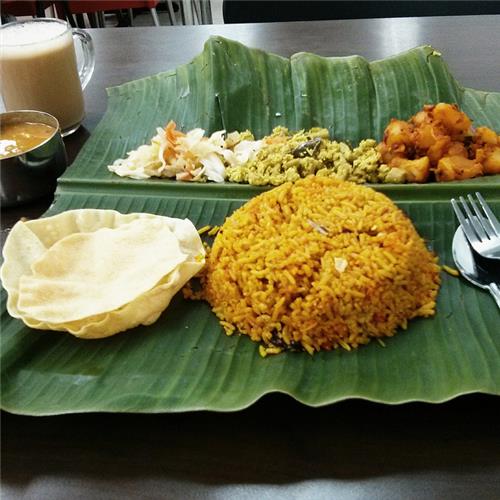 Made in the leather tanning zone of Tamil Nadu, Ambur biryani is a little dry.  It is so popular in this little town that there are more Biryani shops here as compared to most metro cities. This biryani is said to have come into existence during the reign of the Nawab of Arcot. It is very high on flavor and is abundantly available in the local town. It is a spicier form of the biryani and is made using both chicken and mutton. The expert chefs who cook this biryani are known as Pakaathee. A full plate of this dish is usually served with some brinjal curry. 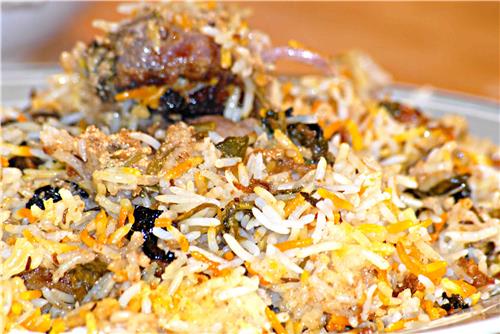 This is the most classic biryani available in the streets of Delhi and neighboring regions. It is made with both mutton and chicken and has adaptations of both Lucknowi and Awadhi biryanis. This classic dish is all about layering of flavors. The cooking and preparation may takes hours, but the final dish is worth wait. First, the meat is soaked in spices with a bit of cream or yogurt. Spices are hand-grounded. Veggies and garlic and ginger are fried in a separate pan. The final dish is put together with layering and then cooked in the humble claypot or using a dum. And the result is a meal surely fit for the kings.
12477