The first ever ancient Indian literature was Sanskrit literature comprising of Rig Veda, the Ramayana and Mahabharata which were written in first millennium BCE. Then developed, Kannada and Telugu Literature in the medieval era. They were followed by Marathi, Bengali and Urdu literature.

Among the Indian literary personnel, the name of Bengali writer Rabindra Nath Tagore shines the brightest. He became the first Indian to receive Nobel Prize for his literary genius. There are two Indian awards for Literature – Jnanpith Award and Sahitya Fellow Academy Award.

The literary tradition in India dominates a large part of Indian culture. Traditionally Indian literature was one of verse and oral. The ancient literary creations in India are the Vedas, the Ramayana and the Mahabharata (Hindu epics) and several other scriptures like Vaastu Shastra in architecture and town planning, and Arthashastra in political science. 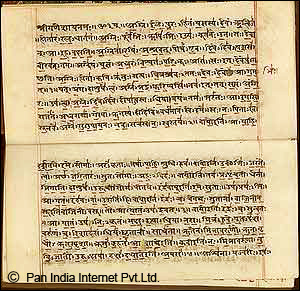 Muslim rulers were patronage of art, architecture and literature. Persian and Urdu poetry of Ghalib and Amir Khusrau are important works in Indian literature.

Modern Indian literature provides a broad sense of the subcontinent's literary traditions from the mid-19th century to the present day. The work includes both in Hindi and in almost all regional languages and several other languages. 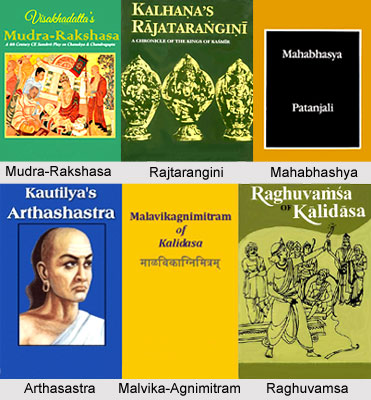 The first ever literary scripts produced in ancient India were the Vedas, that are based on Hinduism. They include - the Rigveda, the Yajurveda, the Samveda and the Atharvaveda. They comprise of verses written in Sanskrit or Mantras.

The scripts written in epic Sanskrit are the Hindu epics – Ramayana by Valmiki and Mahabharata by Maharishi Vedvyas.

One of the popular quotes from Mahabharata is –

The classical Sanskrit Literature comprises of Raghuvamsha, Shakuntala, Meghdhoota by Kalidasa. The Pali Literature is known for all the philosophical work by Buddhists. It also includes Jaatak Kathayein, Dhammapada, Mahavamsa and Atthhakatha.

The Original Face of Indian Literature

Written in dialects like Brij and Awadhi, Hindi literature got recognition during the medieval era. The renowned names of those times were Tulsidas and Sant Kabir. Other legendary names in Hindi literature are Munshi Premchand, etc.

Bengali literature is majorly known for the works by Rabindranath Tagore who was awarded the Noble Prize for Literature for Geetanjali. Here is a snippet from that outstanding collection of Bengali poems –

These poems were either based on nature or on spirituality and mysticism. It was Rabindranath Tagore only who had composed the revered national anthem of India, Jana Gana Mana. 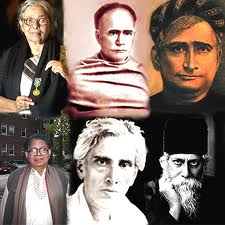 Gujarati literature is known for the great work by the renowned writers Shamal Bhatt, Dalpatram, Govardhanram Tripathi, Pannalal Patel, Permanand Bhatt and K M Munshi. The biggest name in this area is Mohandas Karamhand Gandhi - the father of the nation.

During 1915-1945, Gujarat Vidaypith and Gandhi were the main centres of all literary activities and where every day a new thought and new philosophy would arise. It was during this period that Umashankar Joshi also rose to fame and received Jnanpith award in 1967 for his poem Nishith.

Malayalam literature comprises of songs belonging to various genres. It is known for poetic compositions like Adhyathmaramayanam by Father of Malayalam langiage, Thunchaththu Ramanujan Ezhuthachan.

The Manipuri literature that existed thousands of years ago, is known for the great works of writers and poets not only from Manipur, but also from Tripura, Assam, Mayanmar and Bagladesh.

Manipuri Literature also known as Meetei Literature has come a long way after the burning of Puya Meithaba or burning of ancient Manipuri scriptures by the then king Santidas Gosain.

In Marathi literature, the popular poets and writers like Tukaram, Mukundaraj, Vijay Tendulkar, Eknath and Ramdas contributed a lot by their genius writings.

Mukteshwar, another great Marathi writer is known for translating the epic Mahabharata into his native language Marathi. The write-ups by Marathi writers are majorly based on social reformation. 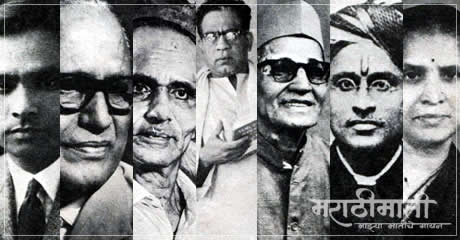 The ancient Rajasthani literature comprised of work by Jain writers. It has got close resemblance with the Gujarati literature as well. In medieval era, it comprised of poetry of valor that was written in the honor of all the brave Rajas and Maharajas of those times.

Tamil literature is as ancient as 2000 years. The oldest submission to this area was by Tolkaappiyam. The writers wrote on many genres like social, political and religious. The literature got contributions also from European, Muslim, Vaishvanite and Saivite writers as well.

In 19th century, the trend of short stories, novel writing and poetry came into being. The Tamil cinema is known to be influenced by the great Tamil literary work by some really great geniuses.

The journey of Indian literature is incomplete without the mention of Urdu literature. Honored as the ‘Kohinoor Language”, Urdu is known to be the most sophisticated and refined of all languages

Poets like Mirza Ghalib, Faiz and Iqbal are legendary in Urdu poetry. Apart from this, the Urdu novels written by notable Indian writers like Nazir Ahmed, Munshi Premchand, Rahi Masoom Raza and Saadat Hasan Manto have won hearts of many. 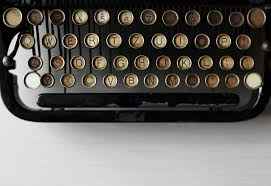 During the twentieth century, due to the influence of British colonization, there developed a different form of English which is referred to as, Indian English. Based on British style of spelling and pronunciation of words, the language soon became a medium of creative expression for Indian writers like the great Bengali writer and poet Rabindranath Tagore.

Indian literature has played a tremendous role in giving the country a distinct identity of intellectualism. Though the face of it has been changing while travelling through innumerable phases, yet even today it holds an honorable position in the entire scenario of world literature.