Emergency and Utility Services in India

Emergency and Utility Services in India

In layman terms, the word emergency can be explained as any sudden, unexpected crisis that requires immediate action. It is not that simple though as 'emergency' can be unkind that some of the time, preparedness to deal with any type of emergency may go for a toss.
Emergencies are tricky as it would not knock the door before it bangs, it is crucial not to become a victim instantly, but to be aware of what the least can be done next. 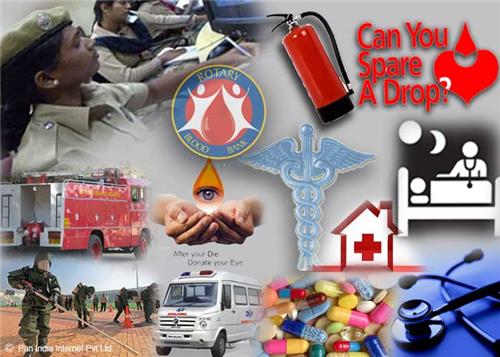 As a matter of fact, emergency services are like a backbone for any nation that prioritizes human welfare. India, the seventh-largest country in the globe (in terms of area) with 1.252 billion people, emergency services go hand-in-hand in the day to day progress of the nation.
Effective emergency services are not just for 'need of the hour', but it has to address the present and the unknown future! For a country that comes with the tag of 'second most populous' country in the world, India has a wide range of effective service providers for emergency situations.
In India, several states and central government-operated agencies and numerous private organizations exist exclusively for dealing with any type of emergencies as part of their responsibilities.
In addition, a lot of the above said agencies involve in creating awareness and conduct prevention programs to help the people cautious, avoid, observe, and report emergencies immediately. Let's have a look at some of the important emergency services in India.
Also Read: Emergency Services in Delhi | Ahmedabad | Chennai | Hyderabad | Bengaluru | Kolkata | Mumbai | Shimla | Puducherry | Shillong | Agartala | Dimapur | Gangtok | Lucknow | Allahabad | Amritsar | Giridih | Visakhapatnam | Srinagar 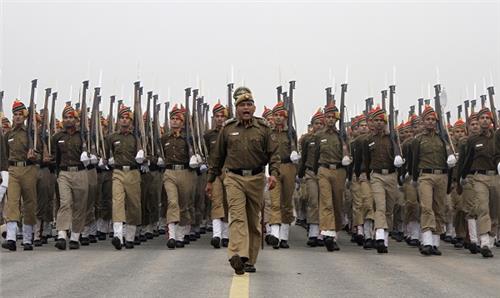 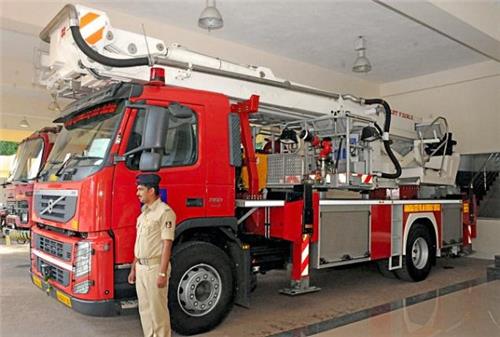 the police and fire and rescue services in India, Ambulance Services are offered to the population by both public and private health care facilities. Besides, every state and union territory has their own ambulance services offered by the local administration.
Prior to the year 2005, our country has no dedicated emergency service of the ambulance. It was government and private health care facilities who provided ambulance services to the people and that too not through a dedicated emergency helpline number.
Did you know?Back bone of the emergency services transportation system is - AMBULANCE
Today, India is equipped with GVK EMRI emergency response services, a public private partnership facility that responds to over 3 crore emergencies, all over the country. GVK EMRI extends Dial 108 ambulance services for free of cost to people who are in need of help.
The emergency service company has a strong presence across Andhra Pradesh, Daman & Diu, Telangana, Dadra & Nagar Haveli, Gujarat, Kerala, Uttarakhand, Rajasthan, Goa, Uttar Pradesh, Karnataka, Himachal Pradesh, Assam, Madhya Pradesh and Meghalaya.
With a huge fleet of well-equipped ambulances, GVK EMRI transport patients from the emergency site to the closest possible health care facility. The primary focus of the emergency service provider is to reach the site of emergency at he earliest, providing pre-hospital care whenever required and reaching the nearest hospital as soon as possible.
Always remember to Dial 108 to save a life!

Air ambulance services primarily provide medical assistance in emergency situations where regular ambulances cannot reach. Besides, air ambulances come equipped with most advanced medical facilities that can be likened to the ICU of a health care facility. 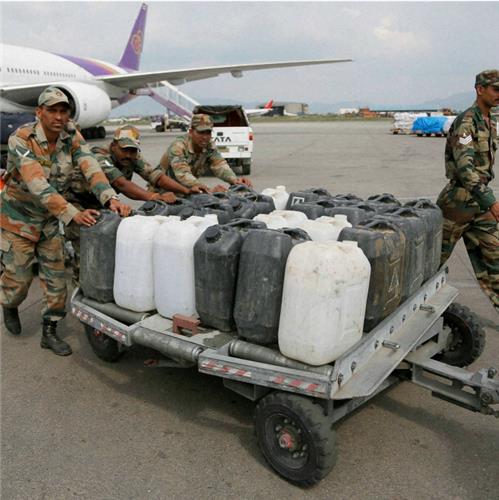 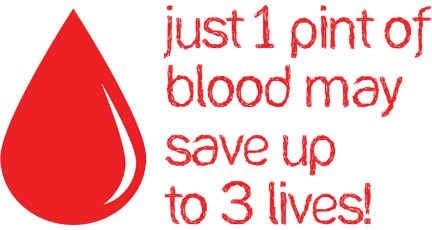 Blood banks are an integral part of the emergency services in India. There is doubt in the fact, that blood transfusion to a patient who is in need of blood at times of emergencies could save his/her life. In India, most of the government and private hospitals are equipped with blood banks.
Furthermore, blood banks in India are noble arrangements for following through procedures for blood collection, pheresis, blood storage, processing of blood and supply of blood gotten from blood donors and/or for provision, blood storage and supply of blood elements.
It is significant to mention that an exclusive license or permit is mandatory to operate a blood bank. Without permit to operate a blood bank is a violation under Drugs & Cosmetics Act 1940 and regulations constituted under that.
Besides, under National AIDS Control Organization (Ministry of Health and Family Welfare, Government of India), blood transfusion under the oversight of educated staff for everyone who need blood, regardless of their social status by comprehensive, effective and overall quality management access is guaranteed under the national blood policy.
Also Read: Blood Banks in Delhi | Blood Banks in Ahmedabad | Blood Banks in Chennai | Blood Banks in Pune | Blood Banks in Surat | Blood Banks in Hyderabad | Blood Banks in Mumbai

Helplines for Women in Distress in India 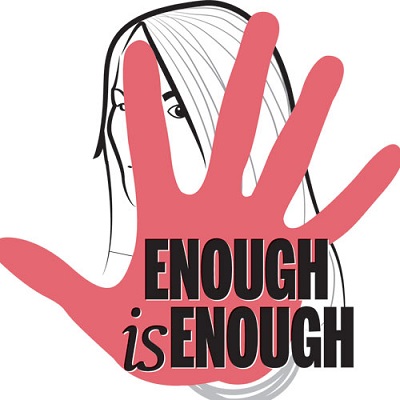 With an objective to help the cops quickly proceed to any emergency call by a woman in distress, irrespective of location, the Government of India recently asked for proposals from information technology services to follow through the National Emergency Response System (NERS).
The NERS is expected to amend the current system which is regrettably confined to urban centres. Besides, most of the urban centres in the country practice different response systems.
Similar to 911 in United States of America, the National Emergency Response System is planned to have an exclusive 'Public Safety Answering Point' abbreviated as PSAP in all the Indian states and union territories. The answering point is basically a call centre where all distress calls coming from that state will be responded.
The Ministry Of Home Affairs along with the Department of Telecommunications (Ministry of Communications and Information Technology) is working to check that the location of the person who is in need of quick help is assisted efficiently.
Also Read: Women Helpline in Delhi 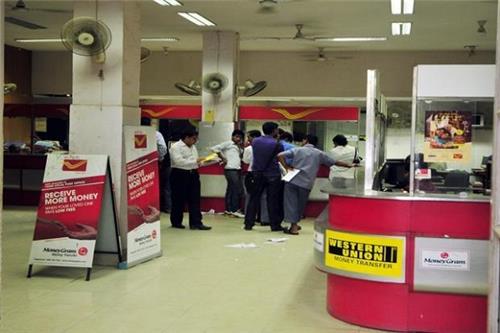 The Department of Posts, popularly called as India Post, is the official postal system of India. The government run postal system is usually called as the post office by the people of India.
India Post is regarded as one of the largest postal system network in the work as the total number of post offices in the country exceeds 1, 55,015.
Among the total number of post offices in India, about 90 percent of post offices are located in rural areas and about 10 percent of post offices are located in urban areas.
India Post has recorded massive growth post independence, with rural areas as their primary focus. On the average, a local post office attends to a population of 7,175 people.
Did you know?
World's highest post office is located in Hikkim, Himachal Pradesh at an altitude of 15,500 ft above sea level - Postal Code 172114
For effective postal services, India has been divided into 22 postal circles. Each of the postal circles is led by a Chief Postmaster General. Further, each postal circle is separated into postal regions which consist of field units.
Each postal region is directed by a Postmaster General. Apart from the postal circles, India Post operates an exclusive circle called as 'Base Circle' to cater to the postal needs and demands of the armed forces.
Some of the mail services, premium products, financial services and retail services offered by the India post include inland letter, post card, printed post card, book packet, value payable letters etc.
Also Read: Post Offices in Delhi | Post Offices in Pune | Post Offices in Surat | Post Offices in Kochi | Post Offices in Chennai | Post Offices in Bengaluru | Post Officer in Mumbai
Quick Facts:Type of Administration: Agency of the Government of IndiaIndustry: Postal servicesFounded: 1st April 1774Headquarters: Sansad Marg, New Delhi- 110001Director General of India Post: Smt. Padmini Gopinath, Director GeneralTotal Number of Employees (As of 31 March 2011): 466,903Important Contact Information:Toll Free Call Centre1800-11-2011
Apart from India Post who is the leading postal services in the country, several private players are extending courier services to the population. Some of the well known courier services in India include:
DHL Express India, Blue Dart Express Ltd, First Flight Courier Limited, Fedex India, DTDC Courier and Cargo Ltd, TNT Express, Gati Limited, Overnite Express Ltd, The Professional Courier Network Ltd and so on.
Also Read: Courier Services in Delhi | Courier Services in Ahmedabad | Courier Services in Pune |  Professional Couriers in Pune | Courier Services in Chennai | Professional Courier in Hyderabad | Courier Services in Kochi | Courier Services in Bengaluru | Courier Services in Mumbai

Banks and ATMs in India 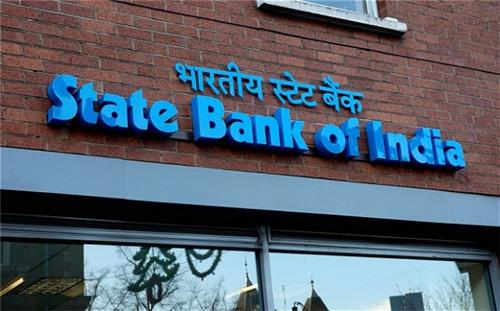 Headquartered in New Delhi, Bharat Sanchar Nigam Limited (popularly called as BSNL) is a state-owned enterprise and is the leading telecommunication services in India. Incorporated during the year 2000, BSNL assumed the line of work of catering telecom services and telecommunication network maintenance from the former managements of
Did you know?Bharat Sanchar Nigam Limited is the oldest and most prominent communication service provider in India
Some of the popular private telecom players who provide a wide range of services like mobile, landline, broadband and so on in India include Bharti Airtel, Idea Cellular, Reliance Communications, Aircel, Tata Docomo, MTS India, Videocon, Vodafone and so on.
Also Read: Telecom Services in Hyderabad, Telecom in Bangalore 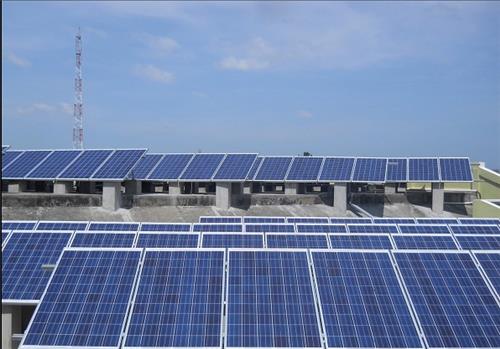 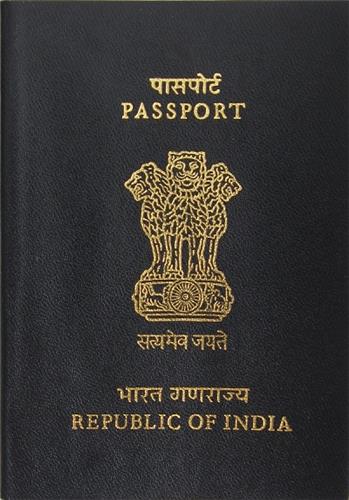 Passport Seva, a single-stop service for all passport needs of India citizens is operating under the administrative ambit of the Ministry of External Affairs, Government of India. The Passport Seva has three individual wings, which deals with consular, passport and visa needs of the population.
The objective of this exclusive service is to extend passport services to Indian citizens in a transparent, more approachable, dependable manner and in an easy environment through effective procedures with the help of a dedicated, groomed and people-friendly workforce.
Important Contact Information: