Adi Godrej is an Indian philanthropist and an industrialist. The chairman of Godrej Group, Adi Godrej is the second richest person of Parsi descent in the world after Pallonji Mistry. The Godrej products were among the first indigenously manufactured products to displace entrenched foreign brands. 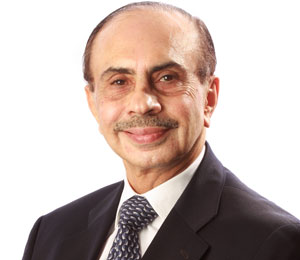 Adi Godrej was born on 3rd April 1942 in a business family to Burjorji Godrej and Jai Godrej. His father was a successful businessman and his mother was Mrs Jai Godrej who spent her life as a teacher at one of the Godrej schools. He is married to Parmeshwar Godrej and the couple has 2 daughters and a son.

At the age of 17, Adi Godrej left India to do his undergraduate degree. He has done his undergraduate degree from Massachusetts Institute of Technology (MIT) and his MBA from the MIT Sloan School of Management.
He at first wanted to study mechanical engineering but he later on switched to management.  He was also a member of the Pi Lambda Phi fraternity and a member of Tau Beta Pi in MIT Sloan School of Management.

When he returned to India he joined his family business. During his era Adi Godrej took the Godrej Group to great height. He implemented process improvements and also mordernized and systematized management structures.
Since April 2011, he is the chairman of the Indian School of Business. For the year 2012-13, he was elected as the president of Confederation of Indian Industry (CII).

After the liberalization process, in order to meet the challenges of globalization Godrej restructured company's policies. The Godrej group, in the early 2000s, completed a 10-year restructuring process through which each business became a stand-alone company with a CEO/COO from outside the Godrej family.
The group is also involved in philanthropic activities, under Adi Godrej's leadership. Godrej also supports the World Wildlife Fund in India. He has developed a green business campus in the Vikhroli township of Mumbai, which includes a 150-acre mangrove forest and a school for the children of company employees.