Aditya Vikram Birla was an Indian industrialist and was also the first industrialist from India to expand his business abroad and set up plants in Philippines, South East Asia and Egypt. Birla supervised the diversification of his group into petrochemicals, textiles, and telecommunications.
Aditya Vikram Birla was born to industrialist Basant Kumar and Sarala Birla on 14th November 1943 in Kolkata. He completed his college studies in Kolkata and had done his degree in chemical engineering at the Massachusetts Institute of Technology. 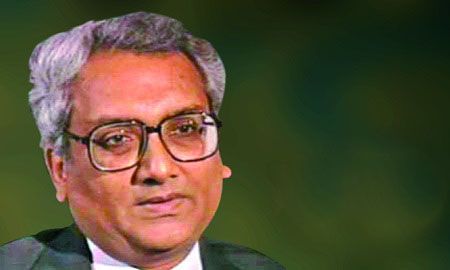 Aditya Birla returned to India in 1965 and started his own textile business. He set up the Eastern Spinning Mills in Kolkata and soon it became a success. Birla set up the group's first overseas company Indo-Thai Synthetics Company Ltd in 1969.
He set up the Elegant Textiles in 1973, the group's first venture in Indonesia. He went on to establish companies in different parts of the world like Indo Phil Group of companies in 1975, Pan Century Edible Oils in 1977 (Malaysia), Thai Carbon Black in 1978 (Thailand) and P.T Indo Bharat Rayon in 1982 (Indonesia).

At the age of 17, Adi Godrej left India to do his undergraduate degree. He has done his undergraduate degree from Massachusetts Institute of Technology (MIT) and his MBA from the MIT Sloan School of Management.
He at first wanted to study mechanical engineering but he later on switched to management. He was also a member of the Pi Lambda Phi fraternity and a member of Tau Beta Pi in MIT Sloan School of Management. When he returned to India he joined his family business.
During his era Adi Godrej took the Godrej Group to great height. He implemented process improvements and also mordernized and systematized management structures. Since April 2011, he is the chairman of the Indian School of Business.
For the year 2012-13, he was elected as the president of Confederation of Indian Industry (CII). After the liberalization process, in order to meet the challenges of globalization Godrej restructured company's policies.
The Godrej group, in the early 2000s, completed a 10-year restructuring process through which each business became a stand-alone company with a CEO/COO from outside the Godrej family.
The group is also involved in philanthropic activities, under Adi Godrej's leadership. Godrej also supports the World Wildlife Fund in India. He has developed a green business campus in the Vikhroli township of Mumbai, which includes a 150-acre mangrove forest and a school for the children of company employees.

Adi Godrej was awarded the Entrepreneur of the Year Award at The Asian Awards in April 2013. In the same year he was also honoured with the the Padma Bhushan, India's third highest civilian award.
In February 2013 he was awarded the prestigious Ernst & Young Entrepreneur of The Year India Award.
Click Here to pay tribute to Aditya Vikram Birla
5456