Dhirubhai Ambani was the most enterprising Indian businessman. He built India's largest private sector company. He founded the Reliance Industries in Mumbai which is the first Indian company to feature in Forbes 500 list. 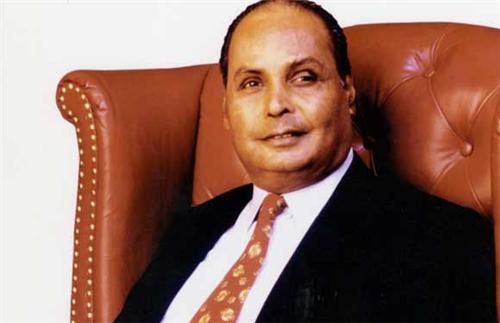 Born on 28 December 1932 in Chorwad, Gujarat, Dhirubhai set up a textile trading company in partnership with his cousin Champaklal Damani which he left in 1965 and began with his own venture. In 1966 he formed Reliance Commercial Corporation which later became Reliance Industries on 08 May 1973. Over the years his business diversified into a core specialization in petrochemicals with additional interests in telecommunications, energy, information technology, power, textiles, infrastructure services, retail, logistics and capital markets. Reliance became the first Indian company to raise money in global markets. Its high credit-taking in international markets was limited only by India's sovereign rating in the year 1992. Following the death of Dhirubhai Ambani, the group was split into Reliance Industries Limited and Reliance Anil Dhirubhai Ambani Group.
To Know More, Click Here.