JRD Tata was a famous business tycoon of India. He was also India’s first licensed pilot. The Tata group founded by him is one of India's largest industrial groups today. The government of India honoured him with India's highest civilian award the Bharat Ratna. 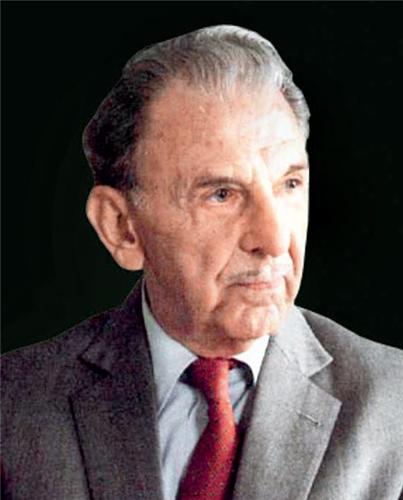 Jehangir Ratanji Dadabhoy Tata was a French-born Indian aviator and business tycoon. He was also the India’s first licensed pilot. In 1954, he also received the French Legion of Honour, and in 1992 he received the India's highest civilian award, the Bharat Ratna

J. R. D. Tata was born on 29 July 1904 in Paris, France to Parsi father Ratanji Dadabhoy Tata and his French mother Suzanne "Sooni" Brière. He was the second child of his parents. Dadabhoy was the first cousin of Jamsetji Tata, a pioneer industrialist in India.
JRD Tata spent much of his childhood in France as his mother was French, as a result French was his first language. Tata also performed duties in the French Foreign Legion. He also attended the Cathedral and John Connon School, Bombay. During the time when his father joined the Tata company and moved the whole family to London, his mother expired.

His education and career

J. R. D Tata was highly inspired by aviation pioneer lotus Bleriot and took aviation as his career. Tata obtained the first pilot licence issued in India, on February 10, 1929. Tata later came to be known as the father of Indian civil aviation. Tata Airlines, India's first commercial airline, was founded by him.
Tata Airlines became Air India in 1946, now India's national airline. In 1925, he joined Tata & Sons as an unpaid apprentice. In 1938, at the age of 34, JRD was chosen as the Chairman of Tata & Sons making him the head of the largest industrial group in India.
He took over as Chairman of Tata Sons from his uncle Nowroji Saklatwala. The assets of the Tata Group grew from US$100 million to over US$5 billion under his chairmanship. JRD Tata started with 14 enterprises under his leadership which grew to 95 by the time he retired on July 26, 1988.

In 1957 on the eve of the silver jubilee of Air India he received the Padma Vibhushan. In the year 1988 he received the Guggenheim Medal for aviation. He was also awarded India's highest civilian honor, the Bharat Ratna in the year 1992, because of his selfless humanitarian endeavors.
JRD Tata was also bestowed with the United Nations Population Award for his crusading endeavors towards initiating and successfully implementing the family planning movement in India, much before it became an official government policy in the same year.

On November 29, 1993, JRD Tata died in Geneva, Switzerland at the age of 89. The Indian Parliament, on his death, adjourned in his memory an honor not usually given to persons who are not Members of Parliament. He is buried in the Père Lachaise Cemetery in Paris.
Click Here to pay tribute online
4726