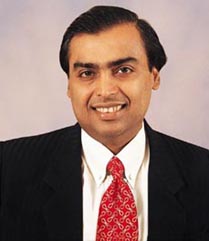 Mukesh Ambani was born to Dhirubhai Ambani and Kokilaben Ambani on 19 April, 1957. He is the elder brother of Anil Ambani. Until 1970 the Ambani family lived in Bhuleshwar in Mumbai.

Mukesh Ambani attended the Hill Grange High School on Peddar Road, Mumbai. He did his BE degree in Chemical Engineering from the University of Mumbai.

Ambani later enrolled for an MBA from Stanford University but dropped out to help his father in business. In 2010 he received the Hon. DSc  degree by M S University, Baroda. Mukesh is married to Nita Ambani and has three children.

Mukesh Ambani dropped out from Stanford University to help his father and initiated Reliance`s backward integration from textiles into polyester fibres and further into petrochemicals. He joined the reliance industries in 1981. 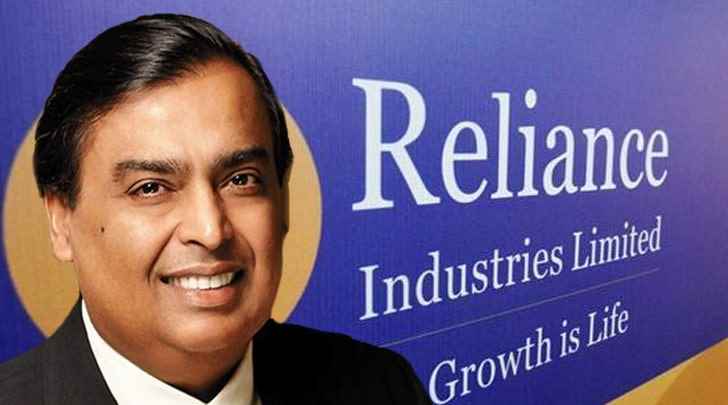 He established Reliance Communications Limited which is focused on information and communications technology initiatives.

In 2010 Ambani directed and led the creation of the world’s largest grassroots petroleum refinery at Jamnagar which had the capacity to produce 660,000 barrels per day, integrated with petrochemicals, power generation, port and related infrastructure. 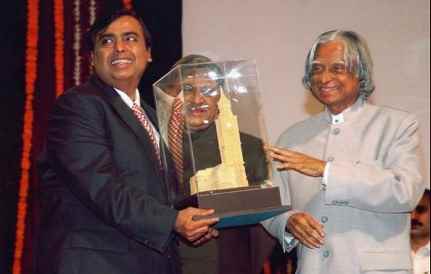 2- In the year 2010, he was honoured with 'Global Vision Award at The Awards Dinner' by Asia Society.

4- In the year 2010, he was honoured as the 'Businessman of the Year' by Financial Chronicle.

5- In the year 2010, he was awarded 'School of Engineering and Applied Science Dean's Medal' by the University of Pennsylvania.

6- In the year 2010, he was ranked '5th-best performing global CEO' by Harvard Business Review.

7- In the year 2010, he received the 'Global Leadership Award' from the Business Council for International Understanding.

8- In the year 2010, he received 'Honorary Doctorate (Doctor of Science)' by M. S. University of Baroda.

11- In the year 2016, 'Othmer Gold Medal' from Chemical Heritage Foundation.