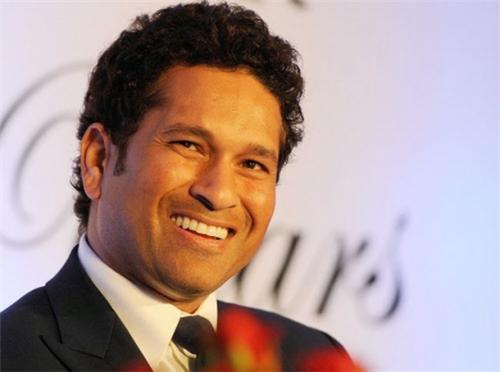 Sachin Tendulkar is one of the greatest cricketers and batsmen of all time. Regarded as the "God of Cricket" Tendulkar is considered as one of the greatest cricketers of all time.
Sachin has many records to his credit as a cricketer. He is the only player to have scored one hundred international centuries. He is the first batsman to score a double century in a One Day International.
He is the only player to complete more than 30,000 runs in international cricket. The government of India awarded him with the Bharat Ratna for his contribution to the world of cricket.

Sachin Tendulkar was born on 24 April 1973 to Ramesh Tendulkar and Rajni. Sachin was named after the famous music director Sachin Dev Burman.
Sachin was educated at Indian Education Society's New English School in Bandra and later in Sharadashram Vidyamandir (English) High School. He showed keen interest in sports since his childhood.
Sachin was coached under the guidance of Achrekar. During his school days Sachin would show much interest in cricket and would play the game extremely well.
Sachin is married to Anjali, a paediatrician and the couple have two children. Sachin was nominated to Rajya Sabha  by the President of India and became the first active sportsperson and cricketer to have been nominated. 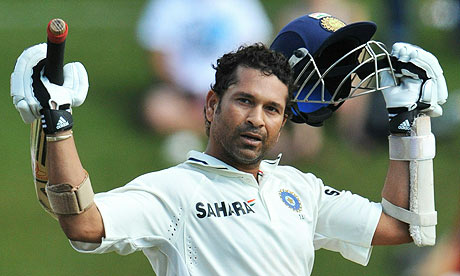 During his school days Sachin would show much interest in cricket and would play the game extremely well. During these days Sachin played school cricket and club cricket. On 14 November 1987 he was selected to represent Mumbai in the Ranji Trophy for the 1987–88 season.
On 11 December 1988 Tendulkar made his debut for Mumbai against Gujarat at home and scored 100 not out in the match which made him the youngest Indian to score a century on debut in first-class cricket. In 1992 Sachin became the first overseas-born player to represent Yorkshire.
made his Test debut against Pakistan in Karachi in November 1989. He went on to represent Mumbai domestically and India internationally for close to twenty-four years which saw the player never looking back.
He scored his first ODI century on 9 September 1994 against Australia in Sri Lanka at Colombo which continued later in his cricket career. His rise continued when he was the leading run scorer at the 1996 World Cup, scoring two centuries.

Awards and recognition of Sachin Tendulkar