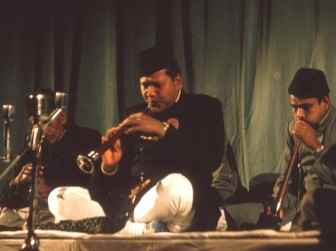 He was known by the title Ustad as an Indian musician credited with popularizing the shehnai. His father was a court musician employed in the court of Maharaja Keshav Prasad Singh of Dumraon Estate in Bihar.
At the age of six, he moved to Varanasi in the state of Uttar Pradesh, to be apprenticed to his maternal uncle, Ali Bux 'Vilayatu' Khan, a shehnai player attached to the Kashi Vishwanath Temple. At the age of 14, Bismillah accompanied his uncle to the Allahabad music conference.

He become the third classical musician of India after M. S. Subbalakshmi and Ravi Shankar were awarded the Bharat Ratna.
On 17 August 2006, Bismillah Khan's health deteriorated and he was admitted to the Heritage Hospital, Varanasi for treatment. Khan's last wish – to perform at India Gate, could not be fulfilled. He wanted to pay tributes to the martyrs. He waited in vain till his last rites. He died of cardiac arrest on 21 August 2006. 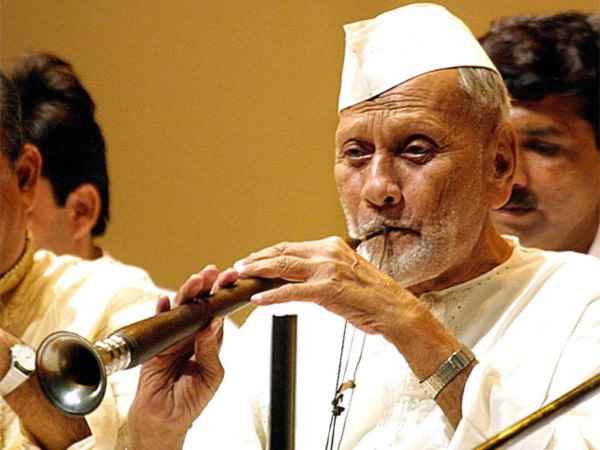 Sangeet Natak Akademi, New Delhi, instituted the Ustad Bismillah Khan Yuva Puraskar in 2007, in his honor. It is given to young artists in the field of music, theatre, and dance.
Bismillah Khan was commemorated on his 102nd birth anniversary by Search Engine Google which showed a special doodle on its Indian home page for him on 21 March 2018.

He played the shehnai for Rajkumar's role of Appanna in Vijay's Kannada-language film Sanaadi Appanna which became a blockbuster.
He acted in Jalsaghar by Satyajit Ray and provided the sound of shehnai in Vijay Bhatt's Goonj Uthi Shehnai(1959). Noted director Goutam Ghose directed Sange Meel Se Mulaqat (1989), an Indian documentary film about the life of Khan.