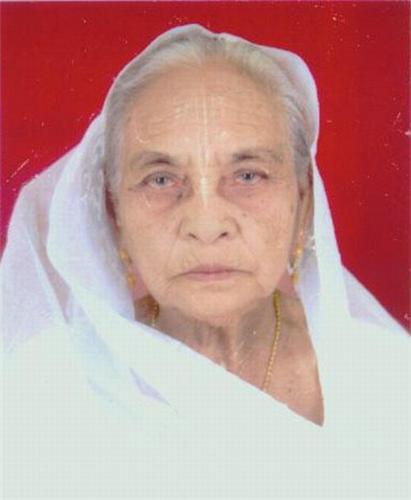 Haobam Ongbi Ngangbi Devi was born on 1 August 1924 at Uripok Bachaspati Leikai, Imphal in the Indian state of Manipur to Kijam Bokul Singh who was a locally known Sankirtan Pala.  debuted as an artiste at Jaipaiguri Festival, in Kolkata in 1930.
She, later, studied Lai Haraoba, Raas and the ethnic dance forms of the hills under the tutelage of renowned teachers such as Guru Atomba Singh, Yumnam Ojah Natum Singh, Guru M. Amubi Singh,and Ngangom Ojah Jugindro Singh during the period from 1932 till 1940.
She also learnt classical music from Ustad Meisnam Bidhu Singh and Chingakham Radhacharan Singh.
Ngangbi Devi, known as the first classical singer from Manipur, started recording for the All India Radio and also sang playback for Mainu Pemcha, the first feature film attempted by Manipuri,in 1948.
She also updated herself by continuing her studies at Lalit Kala Bhavan and worked as an actress for the Manipur Dramatic Union, Rupmahal Theatre and Aryan Theatre during the period from 1936 to 1945.
Devi continued her work at the JNM Dance Academy where she rose in ranks to become the Head of the Department of Folk and Community Dance in 1966 and held the post of the vice principal of the Academy at the time of her retirement in 1985.