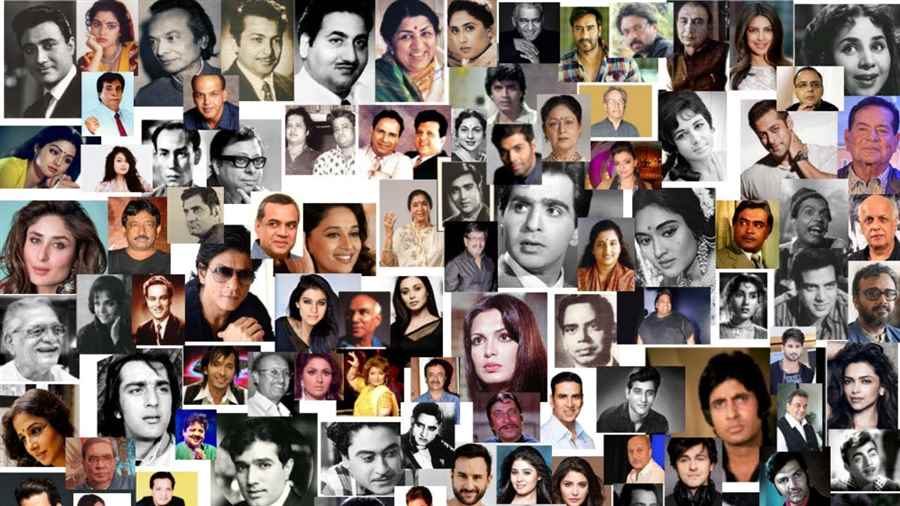 The film personalities of India, with their acting capabilities have taken Indian Cinema outside the country borders and acquired acclamations from abroad and international personalities.
Film personalities today are such an important part of the entire entertainment sphere that without them, the word entertainment itself would lose its value. Know more about film personalities.
Dilip Kumar: He debuted in the movie Jwar Bhata in the year 1944 which was produced by Bombay Talkies. Referred to as the Tragedy King, he has been described as the ultimate method actor by the master director Satyajit Ray. He has worked for a span of six decades in over 60 films.

Rajesh Khanna: Rajesh Khanna, the Indian romantic God of Hindi movies, was referred to as the original superstar of Indian cinema history. He has the unbeatable record of having 15 consecutive solo hit movies during the 1960s and 1970s which up to date remains unbeaten. He has been awarded the Filmfare lifetime Achievement Award in the year 2005 for his priceless contribution to Indian cinema.
Amitabh Bachchan: Amitabh Bachchan is a household name in India. From young to old, every Indian has seen an Amitabh Bachchan movie in their lifetime.
Known as the angry young man Amitabh Bachchan has appeared in over 200 Indian movies. Making his debut in the year 1969, he made a sensation in Bollywood with his scintillating performances.
Guru Dutt: He was an actor, writer, director, producer, of the Indian film industry. He is credited with ushering in the golden era of the film industry. He made the quintessential 1950s and 60s classics such as “Pyaasa”, “Kaagaz ke phool” “Saheb bibi aur ghulam” and “Chaudv ka chand”. Read More
Amol Palekar: Palekar made his debut in 1971 with the film Shantata! Court Chalu Aahe directed by Satyadev Dubey, which was in Marathi Language and started the New Cinema Movement in Marathi. In Bollywood, he has acted in a good number of films and with acting skills inimitable.

Amrish Puri: One of the most dreaded villains of Hindi Cinema, Amrish Puri was anctor who could never be forgotten. Some of his unforgettable roles in movies like Mr. India, Koyla, Baadshah, etc. have been stamped in the minds of the people for good and are irreplaceable. Read More

Ashok Kumar: Very fondly called as Dadamoni, Ashok Kumar is one of the proficient actors of the Bollywood arena. Honored with the Padma Bhushan and Dada Sahed Phalke Award, Ashok Kumar has a huge number of films to his credit.

Danny Denzongpa: Danny Denzongpa is an actor of Bollywood films. He has acted in innumerous Hindi films. He is popular for playing characters having negative shades. He was awarded the Padmashree by the Government of India in 2003 for his contribution in the field of cinema. Read More
Dev Anand: Dev Anand was an actor, writer, director and producer of the Indian film industry. He was the evergreen hero of the film industry. He was called Dev Saab by his admirers. He was the co founder of the Navketan Films. Read More

Dharmendra: Born as Dharam Singh Deol, on 8th December, 1935, Dharmendra is an award winning Indian film hero who has won the hearts of a millions viewers with his charismatic appearances and acting skills. He is often referred to as the He-man as well as the Action King due to his strong physical attributes and action packed character playing.

Divya Bharti: Born on 25th February, 1974, Divya Bharati can be considered one of those actresses who started a new genre in the Hindi Film industry. She started her film career with telugu films in the early 1990s. She achieved commercial success with films such as Deewana and Shola Aur shabnam and also bagged the Filmfare Award for the Best Female Debut.

Irrfan Khan: Born as Sahabzade Irrfan Khan, initially known as Irrfan Khan and later on as plain Irrfan, in the Bollywood scenario, he is an Indian National Award winning actor who appears in Indian films as  well as television and theatre. He is also one of those few Bollywood actors who has also acted in international projects.

Jahnu Barua: Jahnu Barua is an acclaimed Indian film director from Assam. He is a multiple national and international award winning director. Jahnu Barua has directed a number of Assamese and Hindi films. He is best known for his Hindi film Maine Gandhi Ko Nahin Mara.

Madhubala: One of the most influential actresses of the Hindi Film industry, Madhubala is a name that remains unforgotten by any Indian Movie freak. Her beauty and her acting skills, both were a deadly combination which made her achieve success at an elevating level.
Meena Kumari: Mahjabeen Bano, is an Indian actress as well as a poetess, who is regarded as one of the most prominent actresses of India. In a time span of thirty years, she has acted in over 90 films. Meena Kumari is an unforgotten treasure of Indian Cinema.

Nishita Goswami: Nishita Goswami is the daughter of famous yesteryear actress Moloya Goswami. She was born on 19th October. As such, she inherited her acting genes and good looks from her mother. Read More
21691