Jayprakash Narayan was an Indian activist and political leader. He was also known as JP, JP Narayan, Jayprakash or Loknayak. His most important contribution was for leading the opposition to Indira Gandhi in the 1970s and his call for total revolution.
For JP the definition of freedom was not merely political freedom but freedom from poverty, hunger and ignorance. Jayprakash was a believer of the Communist school of thought. The Janata Party was formed under JP’s guidance. 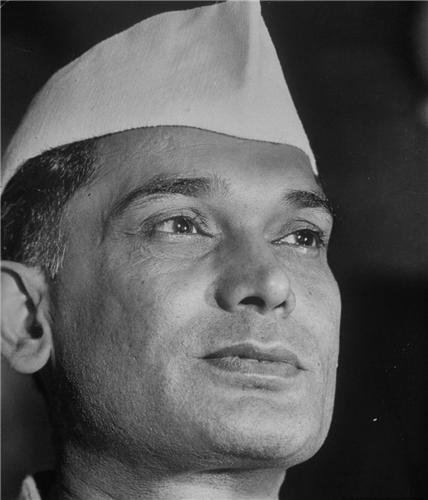 JP Narayan was born on October 11, 1902 at Sitabdiara in Bihar. His father Harsudayal was a junior official of the state government JP belonged to middle class family. He studied at the Collegiate School at Patna.
He later joined the Patna College on a government scholarship. Jayprakash on listening to the Maulana Abul Kalam Azad’s speech was lifted in spirits and left the Patna College. He joined the non cooperation movement and gave up his studies. Later he joined the Bihar Vidyapith to pursue his education.

JP went to US to pursue further education. He gained admission at Berkeley in January 1923. He was forced to transfer to many universities and he pursued his favorite subject Sociology.
In Wisconsin, he was introduced to Karl Marx’s “Das Capital”. He was influenced by Marxism and was convinced that Marxism is the way to alleviate the suffering masses. Jayprakash was married to Prabhavati in 1920.

In 1971 the sarvodaya workers received letters threatening to kill them. Undeterred JP went to the nasal territory. He lived in the Musahari block for several months and experimented to alleviate the problems of the Naxals. He was notably a key person in acquiring the surrender of dacoits in the Chambal valley.

In 1974 the nation faced unemployment, high inflation, and lack of supplies and essential commodities. Jayprakash was asked to lead a peaceful agitation by the Navanirman Andolan of Gujarat. On April 8, 1974, he led a silent procession at Patna.
On June 5, 1974 he addressed huge crowd at Gandhi maidan at Patna. He said to the people there that it is a revolution and he also added that he will not see the Vidhan Sabha dissolve.
He said that it is the only milestone but they have to go a long way and after 27 years of freedom, people of the country is wracked by rising prices, hunger, corruption, oppressed by every kind of injustice. He died on October 8, 1979 at Patna in Bihar following ailments. 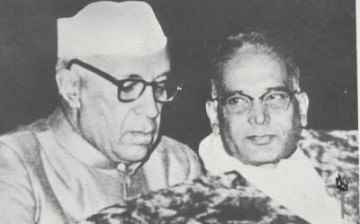 For JP the definition of freedom was not merely political freedom but freedom from poverty, hunger and ignorance. Jayprakash was a believer of the Communist school of thought. He joined the Congress at the invitation of Jawaharlal Nehru. In 1929 Narayan joined the Indian National Congress.
He began work in the labor research Cell of the Congress at Allahabad. His mentor was Mahatma Gandhi in the Congress. He took part in the Indian independence movement and was arrested and jailed several times by the British.
He lo took active part in the Quit India movement. In 1932 he was jailed for civil disobedience against British rule. Following the 1930 Dandi March he was arrested in madras.

He later became the general secretary of the Congress Socialist Party formed by Acharya Narendra Deva. The group intended to function as the Socialist wing within the Congress party and aimed to make socialism the goal of the Congress.
In a book “Why Socialism?” he explained why socialism would be right for India. He was also adored by the youths for his idealism. He was arrested for speaking against Indian participation in the Second World War and was sent to Deoli detention camp in Rajasthan.
He was appalled at the conditions of the Deoli and organized a hunger strike to protest the conditions in 1941. In 1942 he was arrested for participating in the Quit India movement.
He escaped from the jail and fled to Nepal where he organized a guerilla army called the “Azad Dasta”. From there he fled to Bihar. He was captured there and was sent to Lahore Fort. There he was inflicted severe mental and physical torture and humiliation. He was later released.

Narayan was initially a supporter of physical force but later advocated the use of satyagrahas to achieve the ideas of democratic socialism.
He and other leaders led the Congress Socialist Party to become the Socialist party which later took the name Praja socialist party. In 1957 due to differences in opinion he broke with the Praja socialist party and pursued “lokniti” as opposed to rajniti.
He became convinced that “lokniti” should be non partisan so as to build a classless participatory democracy which he termed as “sarvodaya”. He was an important figure in the Gandian sarvodaya workers.

In the 1960s he returned to Bihar politics. He led the student’s movement in Bihar in 1974 which developed to people’s movement known as the Bihar movement.
During this time JP gave a clarion call for peaceful total revolution. He founded NGOs to uphold and defend civil liberties- In 1974 he founded the Citizens for Democracy and in 1976 he founded the People’s Union for Civil liberties.

His most important contribution was for leading the opposition to Indira Gandhi in the 1970s. Narayan had called for the resignation of the Prime Minister Indira Gandhi when she was found guilty of violating electoral laws by the Allahabad High court. 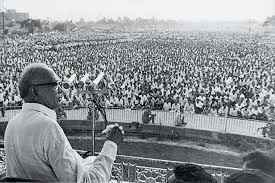 He advocated a programme of social transformation which he termed as “sampoorna kranti”.  On June 25, 1975, Indira Gandhi proclaimed a national emergency. JP attracted a gathering of 100,000 people at Ramlila maidan and recited Rashtrakavi Ramdhari Singh Dinkar’s poetry “Singhasan kali karo ke janata aati he”.
He was detained at Chandigarh. His health deteriorated and was released. The “Free JP” movement was launched in UK. Indira revoked emergency on January 18, 1977 and announced elections.
The Janata Party was formed under JP’s guidance. The party incorporated all of his goals in its manifesto. The Janata Party was voted to power. It became first non Congress party to form government. The party was joined by many youngsters.

JP dedicated his life to Vinoba Bhave’s sarvodaya movement and its bhoodan campaign and donated lands to the harizans. He renounced all self interest.
He gave up his land, set up an ashram in Hazaribagh and worked towards uplifting the village. He gave Gandhian concepts a new dimension by using modern technology to uplift the village.  He withdrew from all personal activity to devote the rest of his life to the movement.

He believed that every village should be like a small republic-politically independent and capable of taking its own decisions. It was a marriage of the Gandhian-Indian concepts and modern western democracy.
His brilliant, thoughtful and well researched and book, “The Reconstruction of India Polity” won him the Ramon Magsaysay award. Jayprakash’s biography “Jayprakash” was written by his nationalist friend and eminent writer Ramavriksha Benipuri. 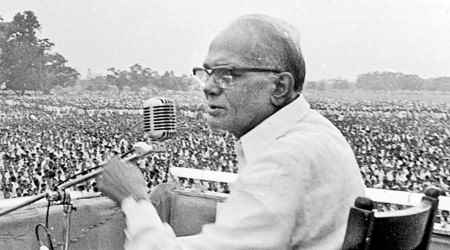 JP's thoughtful, well researched and brilliant book, “The Reconstruction of India Polity” won him the Ramon Magsaysay award. JP Narayan was awarded the Bharat Ratna by the government of India posthumously in 1998 in recognition of his social service.
He was the recipient of the Magsaysay award for public service in 1965. He received the Rashtrabhushan Award of FIE Foundation, Ichalkaranji. The Patna airport is named after him.
16963