Kanaklata Baruah was an eminent freedom fighter of Assam. She played a pivotal role in 1942 Quit India Movement by sacrificing her life for the cause of the country. 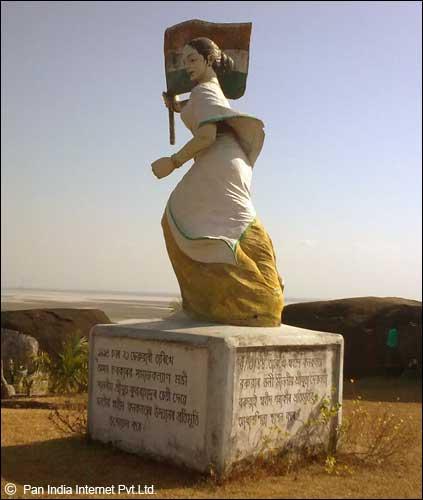 Kanaklata Baruah was born on December 22, 1924, at village Barangabari of Gohpur subdivision in Sonitpur district of Assam. She was born to Krishna Kanta Baruah and Korneswari Baruah.

Her ancestors belonged to Dolakharia Barua kingdom of the erstwhile Ahom state. Her father was a farmer.

She received her primary education from Barangbari School. She became orphan at the age of five and took up the responsibilities of her life and household from a very small age.

It was perhaps due to her helpless position that she bore a responsible mind from her childhood and that mind later inspired her to dedicate her life for the cause of the nation.

As such, Kanaklata Barua got an opportunity to fulfill her dream of serving the country.At the age of 17 she was motivated to join the freedom struggle of the country.

She wanted to join the Azad Hind Fauz. But because of her being minor she could not succeed. She joined the Mrityu Bahini and was made the leader of the women cadres of the Bahini.

The state of Assam saw the symbol of strength in the form of Kanaklata Baruah. Kanaklata Baruah was one of the greatest warriors of Assam who fought for the freedom of the country from alien forces. The Indian National Congress in Mumbai on August 9, 1942, resolved to “do or die” for independence of the country.

Under the leadership of the revolutionary Jyoti Prasad Agarwala, in the darrang district, a resolution was taken to hoist the national flag at the court and police station, which were seen as symbols of British Empire. Kanaklata Barua got her name enrolled in the volunteers force organized for the purpose of hoisting the National Flag. 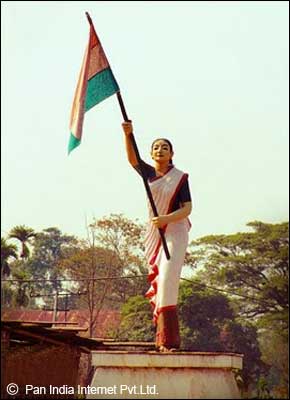 On September 20, 1942 the revolutionary camp of the Gohpur region decided to unfurl the national flag at the local police station.

Undeterred the procession continued marching ahead. The police fired at the continuing march. They fired at Kanaklata Baruah injuring her.

She kept on holding the flag till the time her companion Mukanda Kakati took it from her. Kanaklata Baruah succumbed to her injury. She attained martyrdom.

Her heroic sacrifice is remembered with pride by the people of Assam.