Maniram Dewan was an Assamese nobleman and a freedom fighter in British India. He was one of the first people to establish tea gardens in Assam. He was a statesman of the Sepoy revolution of 1857. He is considered one of the most outstanding personalities of the 19th century in Assam. 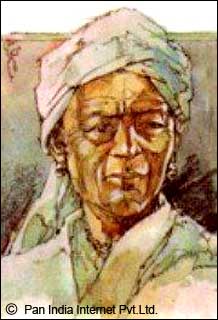 The original name of Maniram Dewan was Maniram Dutta Baruah. He was born on April 17, 1806. His family had migrated from Kanuaj to Assam in the early 16th century.

He became a loyal to the British East India Company. At the age of 22 he was appointed a Tehsildar and a Sheristadar of Rangpur under David Scott’s Deputy Captain John Bryan Neufville.

He was later made the Borbhandar by Purandar Singha.Maniram Dewan informed the British about tea grown in Assam by the Singpho people which was unknown to rest of the world.

In 1833 the British East India Company decided to establish major tea plantation in India. The British representative came to Assam and met Maniram Dewan who highlighted the region’s prospects of tea cultivation.In 1839 he became the Dewan of the Assam Tea company at Nazira.

He gathered knowledge regarding tea by this time. He quit the job and established his own tea garden at Jorhat. He became the first Indian to grow tea commercially in Assam.

He went antagonist to the British Empire when he revolted and opposed to certain policies of the Empire. Therefore he wanted the restoration of Ahom rule in Assam. He along with other activists like Peali Baruah hatched an anti-British plot. Their plot was uncovered and he along with other leaders was arrested.

Maniram Dewan was found guilty of mastering an anti-British plot. After his arrest he was tried and was was identified as the kingpin of the plot.

He along with Peoli Baruah were publically hanged on February 26, 1858 at Jorhat jail. His death was widely mourned in Assam. The tea garden workers struck work to support his cause.

Honour and Recognition of Maniram Dewan