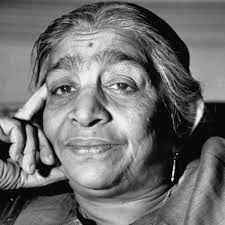 Sarojini Naidu was born on 13th February 1879 in Hyderabad in India. She was the eldest daughter of philosopher, scientist, educator and linguist Aghornath Chattopadhyay and Barada Sundari Devi, a Bengali poetess.
Sarojini Naidu was the eldest of eight siblings and one of her brothers Birendranath was a revolutionary and another brother Harindranath was a poet, dramatist and an actor. Sarojini Naidu was a brilliant student and was proficient in Urdu, Telegu, English, Bengali and Persian.
When she was 12 years of age, she attracted national fame when she topped the matriculation examination in Madras University. Her father desired to make her a mathematician or a scientist, but as she was interested in poetry, she started writing poems in English.
She also received a scholarship to study abroad by the Nizam of Hyderabad who got impressed by her play Maher Muneer and awarded her.

At the age of 16, Sarojini Naidu travelled to England to first study at King’s College in London and later in Girton College in Cambridge. During that time, she met famous laureates of her time like Arthur, Symons and Edmund Goose.
It was Edmund Goose who convinced Sarojini Naidu to stick to India themes to express her poetry. Subsequently she started depicting contemporary Indian life and events. Her collections namely ‘The Golden Threshold’ (1905), ‘The Bird of Time’ (1912) and the ‘The Broken Wing’ (1912) among other attracted huge Indian and English readership.

Sarojini Naidu married Dr. Muthyala Govindarajulu Naidu, a South Indian doctor. The marriage took place at the time when inter caste marriage was not acceptable in the society. They were married by the Brahmo Marriage Act (1872) and the couple had four children. 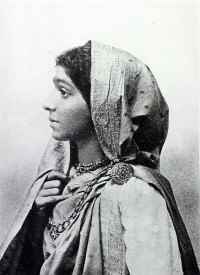 Sarojini Naidu joined the Indian national movement in the wake of the Bengal Partition in 1905. At that time she came into contact with leaders like Gopal Krishna Gokhale, Muhammad Ali Jinnah, Rabindra Nath Tagore, C.P. Ramaswami Iyer, Annie Besant, Jawaharlal Nehru and Mahatma Gandhi.
During the time period from 1915 to 1918, Sarojini Naidu travelled to different regions in India delivering lectures on social welfare, women empowerment and nationalism. She also created awareness among the woman of India and brought them out of the kitchen to work and fight for the country.
She also helped to establish the Women’s India Association (WIA) in 1917. She was also sent to London along with Annie Besant, the president of WIA, to present the care for the women’s vote to the Joint Select Committee.

Sarojini Naidu began writing at the age of 12. in the year 1905, her collection of poems ‘The Broken Wings’ was published. Many prominent Indian politicians like Gopal Krishna Gokhale and Jawaharlal Nehru admired her poems and writings.  Many of her articles were also published in various journals and newspapers, apart from her poems.

After India’s independence, Sarojini Naidu became the Governor of Uttar Pradesh. She was India’s first woman governor. She passed away on 2nd March, 1949 in office.
87370