Sukhdev Thapar was a freedom fighter. He is one of the great Indian revolutionaries who sacrificed their lives for the freedom of India. 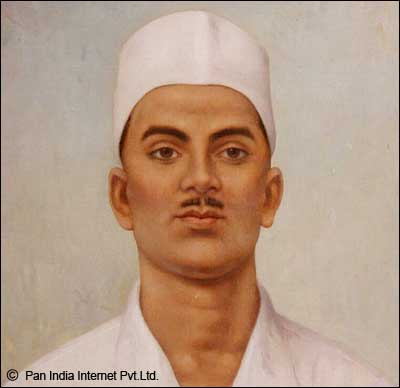 Sukhdev Thapar was born on 15th May 1907 in Naughara, Ludhiana in Punjab to Ram Lal and Ralli Devi.

From a very early age, Sukhdev witnessed brutal and harsh treatment by the Imperial British Empire on the Indian people.

The British authorities ruled over the country and treated the Indians with harshness.

This led Sukhdev to join the revolutionaries and their association to set India free from the shackles of the British.

Sukhdev joined the Hindustan Socialist Republican Association and organized revolutionary cells in Punjab and other areas of North India.

He was a devoted freedom fighter and a leader and also went to educate the youth in National College in Lahore, inspiring the students about the glorious past of India. Sukhdev along with other revolutionaries started the ‘Naujawan Bharat Sabha’ in Lahore.

This organization was involved in various activities including gearing the youth for the freedom struggle, inculcating a rational scientific attitude and putting an end to communalism and untouchability.

Sukhdev Thapar also took part in several revolutionary activities like the ‘Prison hunger strike’ in the year 1929. He was also an active member who took part in the Indian freedom movement through his courageous attacks in the Lahore Conspiracy Case.

He was an accomplice of Bhagat Singh and Shivaram Rajguru and was involved in the assassination of deputy superintendent of police, J P. Saunders. This incident took place in the year 1928 and was for avenging the death of the veteran leader, Lala Lajpat Rai.

In the year 1928, the British government created a commission under Sir John Simon to report on the political situation in India of that time. The Indian political parties boycotted the commission as it did not have any Indian in its membership. The Commission thereby met with nationwide protests.

When the commission visited Lahore on 30th October, 1928, a non violent protest against the commission was led by Lala Lajpat Rai in a silent march, but the police responded violently. James A. Scott, The superintendent of police, ordered the police to lathi charge the protesters and specially assault Lajpat Rai, who was grievously injured.


Sukhdev’s Role in the Death of Saunders 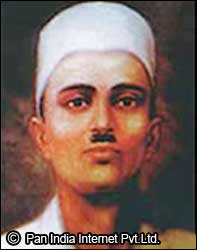 When Lala Lajpat Rai died on 17th November, 1928, it was widely assumed that Scott’s blows led to his death.

However, when this matter was put forward in the Parliament of the British, they completely denied the government’s role in Rai’s death.

After that, Sukhdev Thapar with Bhagat singh avowed to take revenge and he and other revolutionaries like, Shivram Rajguru, Jai Gopal and Chandrasekhar Azad planned to kill Scott. Jai Gopal was supposed to identify Scott and had to give signal to Singh to shoot Scott.

However, in a case of mistaken identity, Jai Gopal signaled Bhagat Singh on the appearance of John.P. Saunders who was an assistant commissioner of police.

Saunders was shot by Shivram Rajguru and Bhagat Singh while leaving the district police headquarters in Lahore in the evening on 17th December 1928.

A head constable Chanan Singh was also killed when he came to Saunder’s aid. After killing John P. Saunders, fled to places of safety. The police launched a massive operation to find out the culprits and kept a block on all possible exits and entrances.

Sukhdev along with the other revolutionaries and hid for next two days. On 19th December, 1928, Sukhdev called on Durga Devi Vohra, wife of Bhagwati Charan Vohra for help which she agrees. They decided to catch a train from Lahore to Howrah.

To avoid recognition, Bhagat Singh cut his hair short and shaved off his beard. In the early morning next day, dressed in Western attire, Bhagat Singh passed of a young couple with Vohra's child on his shoulder.

Rajguru disguised as their servant carrying their luggage. They managed to escape to Cawnpore. On reaching there, they boarded a train to Lahore. In Lucknow, Rajguru left separately for Benares while Bhagat Singh and Vohra with the child left for Howrah.

After the Central Assembly hall bombing incident in Delhi, Sukhdev and his fellow mates were arrested and convicted of their crime, facing the death sentence as verdict.

On 23rd March 1931, Sukhdev Thapar, Bhagat Singh and Shivaram Rajguru were hanged and their bodies were secretly cremated on the banks of the Sutlej River. Sukhdev Thapar gave up his life for the country and became a martyr at an age of just 24.