India is considered to be one of those countries which has the richest history. The History of India is rich, vast, colorful and full of wonderful mysteries and stories. The historical figures of the country are magnificent and highly researched at an international level. 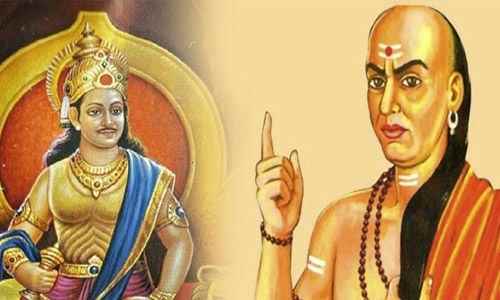 These rulers have played a very important role in bringing India to the state it is in today. India online gives a detailed account of the lives of historical heroes of India like Chanakya, Chandragupta Maurya, Ashoka, Akbar, Chhatrapati Shivaji and many others.
Chanakya: A teacher, philosopher and royal advisor. He is considered a pioneer in the filed of economics and political science in India. Although he lived around the third century BC his ideas and principles show concurrence and validity in the present day world. Read More
Chandragupta Maurya: Founder of the Mauryan Empire, who was the first emperor that tried to bring the entire India into one united country. Chandragupta Maurya has a huge significance in the history of India not only in terms of his reigning potency but also in terms of his ways of reigning. Read More
Bindusara: Emperor of the Mauryan empire from 298 BC to 272 BC, Bindusara during his reign had extended a long way towards the south. He was referred to by the Greeks as Amitrochates or Allitrochades, which is a Greek translation for Slayer of Enemies.

King Ashoka or Ashoka the Great, was an Indian emperor of the Maurya Dynasty who ruled over India for a major time period. The empire he ruled over, then extends from the Iranina provinces of Khorasan to Sistan and the unpartitioned Balochistan. Read More
Vikramaditya: A legendary 1st century BC emperor of Ujjain, Vikramaditya was a man of valor, wisdom and magnanimity. As per Pratisarga Parva of Bhavishya Purana, Vikramaditya is considered to be the second son of King Gandharvasena, of Ujjain belonging to the Paramara Dynasty.

Harischandra: According to the Hindu religious texts, Harischandra was the 36th king of the Solar Dynasty also called the Surya Maharishi Gothram. Harischandra is referred to as Satyawaadi raja Harishchandra due to the fact he has never told a single lie in his entire life.
Kharavela: The third emperor of the Kalinga Dynasty, Kharavela was an emperor famous so much for his 17 th line rock-cut inscription in a cave in the Udayagiri hills near Bhubaneswar, Odisha.

Samudragupta: Successor to Chandragupta I, Samudragupta was the third ruler of the Gupta Dynasty, he had the mind of a genius when it comes to military skills. Samudragupta was popularly known as the Napoleon of India because he fought and won many glorious wars.
Chandragupta II: King Vikramaditya or Chandragupta Vikramaditya was the son of Samudragupta and grandson of Chandragupta I. The Gupta dynasty was better known as Parama Bhagavatas or Bhagavata Vaishnavas.
Harsha Vardhana: Born to Prabhakara Vardhana, Harshavardhana was the ruler of Northern India from Kannauj which was the capital. Harshavardhana was a converted Buddhist who had united all the small republics from Punjab to central India. He had written the plays Ratnavali, Priyadarshika and Nagananda. Read More
Gautamiputra Satakarni: The 23rd ruler of the Satavahana Empire was Gautamiputra Satakarni. Born to parents Satakarni and Gautami Balashri, Gautamiputra is still remembered for the victory he had over the Yavanas, Sakas, and Pahlavas and re-establishing the glory of the Satavahanas.
Prithiviraj Chauhan:  Prithviraja III, also called Prithviraj Chauhan, was the king of the Hindu Chauhan dynasty. He ruled the kingdom of Ajmer and Delhi in the northern part of India. He was one of the greatest warriors of India and the world. Read More
Maharana Pratap: Popularly known as Maharana Pratap was a Rajput ruler of Mewar in Rajasthan.  He opposed the Mughal rule in India. Rana Pratap was the greatest hero of Mewar and the greatest Rajput soldiers of India. Read More

Akbar the Great: Also known as Shahanshah Akbar or Akbar the Great, Jalal-ud-Din Muhammad Akbar was the third Mughal Emperor. Such was the power and influence of Akbar that it extended to other countries and lands too. Read More
Shahjahan: A'la Azad Abul Muzaffar Shahab ud-Din Mohammad Khurram, and known to the world as Shahjahan. It is Shahjahan, who made one of the seven wonders of the world- Taj Mahal.Read More
Bahadur Shah Zafar: Bahadur Shah Zafar, born as Mirza Abu Zafar Sirajuddin Muhammad Bahadur Shah Zafar was the member of the Timurid Dynasty and he was the last Mughal Emperor. He was born to Mirza Akbar Shah II and Lalbai, who was a Hindu Rajput. He became the emperor in the year 1837 after the death of his father.

Chhatrapati Shivaji: Commonly known as Chhatrapati Shivaji, Shivaji Bhosale was the founder of the Maratha Empire. He created an independent Maratha kingdom. He laid the foundation of swaraj or self rule. He established a Hindavi Swarajya. Read More
Baji Rao I:  Peshwa Bajirao I was a general who served to the fourth Maratha Chhatrapati Shahu. He was also known as Thorale and Rau. Baji Rao is called a cavalry general for his use of the tactical movements in battle using his cavalry. Read More
Meerabai: A princess and a devotee of Lord Krishna, Meerabai was one of the most significant figures of the Vaishnava Bhakti Movement. Such was his significance to the movement that around 1300 devotional poems known as bhajans has been attributed to her.

Rani Laxmi Bai: Lakhsmibai, who was the queen of Jhansi, the Maratha ruled princely state that is situated in the north-central part of India has been one of the leading personalities of Indian history scenario.
During the Indian Rebellion of 1857 she played a very prominent role and is one of the main figures as a symbol of resistance to the British rule in India.
Razia Sultan: The first female monarch of Delhi sultanate, the name of Razia Sultan shines in the history of India as the only woman to occupy the throne of Delhi. She was the fourth emperor of the slave dynasty. Read More
Krishnadevaraya: King Sri Krishnadevaraya was the greatest emperor South India has produced. He was the most famous ruler of the Vijayanagara Empire. He was given the title Andhra Bhoja, Mooru Rayara Ganda and Kannada Rajya Ramana. He was a great patron of art and literature. His reign is considered the golden age old Telugu literature. Read More
Siraj-ud-Dullah: He was the last Nawab of Bengal, Bihar and Orissa. After the reign of Siraj- ud-Dullah ended the rule of the British East India Company started over Bengal and the whole of the South Asia. The Battle of Plassey, fought between Siraj-ud-Dullah and the British, is considered the turning point in the history of India as it opened the way to the British domination in India. Read More

Maharaja Ranjit Singh: He was the first Maharaja of the Sikh empire. He is known as Sher-e-Punjab that is the  lion of Punjab. He is considered one of the three lions of modern India. He built two temples in Punjab- Takht Sri Patna Sahib and Takht Sri Hazur Sahib.Read More
Tipu Sultan: He was the ruler of of Mysore. Tipu Sultan was also known as the Tiger of Mysore, “Sultan Fateh Ali Khan Saheb”, “Tipu Saheb” “Bahadur Khan Tipu Sultan”, and “Fatih Ali Khan Tipu Sultan Bahadur”. Tipu Sultan also made military innovations in the use of rocketry. Two of the rockets are displayed in the Royal Artillery Museum in London.Read More

Chaolung Sukaphaa: He was the first Ahom king in medieval Assam. He was the founder of the Ahom dynasty. Sukaphaa was a Tai prince originally from Mon Mao. Read More

Mangal Pandey: He was an Indian soldier who played a key part in events immediately preceding the outbreak of the Indian rebellion of 1857. Pandey is regarded as a freedom fighter of modern India who laid down his life for the sake of freedom. Read More