Baji Rao I was a general who served to the fourth Maratha Chhatrapati Shahu. He was also known as Thorale and Rau. He is one of the most famous of the nine Peshwas.
He was one of the greatest warriors and protectors of Hindu dharma in the 18th century. Baji Rao is called a cavalry general for his use of the tactical movements in battle using his cavalry. 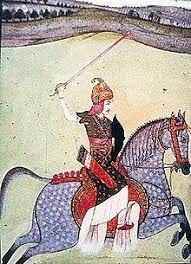 Baji Rao was born on August 18, 1700. His father was Balaji Vishwanath. Rao belonged to the Brahmin family of Konkan. He was trained in war tactic by the Maratha cavalry generals.
Baji Rao was married to Kashibai. He was later married to Mastani. The affair between Rao and Mastani, however, caused a rift in the Pune orthodox society, Rao being a Brahmin and Mastani being a Muslim. Baji Rao died on April 28, 1740.

Srimant Baji Rao, as he is popularly known, was one of the greatest warriors and protectors of Hindu dharma in the 18th century. He stood out as the champion of the Hinduism as he protected Hindu dharma from the onslaught of Islamic rulers.
He expanded the Hindu kingdom beyond Maharashtra across the Vindhyas which was recognized in Delhi, the capital of the Mughals. Baji Rao was a general who served as a peshwa to the fourth Maratha Chhatrapati Shahu. He was credited wit extending the Maratha Empire in North and helped the empire to reach its zenith.
His first campaign in the northwest started from 1723 with the victory of the Malwa followed by Gujarat. He conquered Gujarat and most of the central India and shook the foundation of the Mughal Empire by attacking imperial Delhi He also helped in establishing friendly relations with the Rajputs. 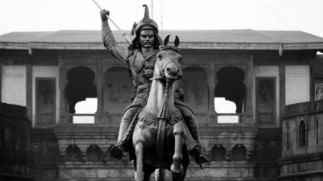 Chhatrapati Shahu appointed him the peshwa at a tender age after the death of his father. Rao then became very popular with the soldiers. He could identify the weakness of the Mughals and wanted to throw them out of the country. Baji Rao struck terror of the Maratha army in the Indian sub continent.

He inflicted havoc on the Mughal Empire and set up his jagirdars. Baji Rao fought for the cause of the Hindu Dharma. He freed central and western India from the clutches of the Mughals.
The Marathas defeated the Siddis, Portuguese, the Nizam and other generals under his command. Baji Rao is called a cavalry general for his use of the tactical movements in battle using his cavalry. In the Battle of Palkhed he overpowered the Mughals using cavalry.