Harsha Vardhana was an Indian emperor. He was a ruler of the northern India. He was a great diplomat and had profound interest in literature. He had written the plays Ratnavali, Priyadarshika and Nagananda. 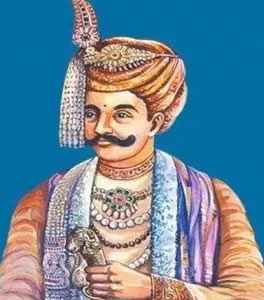 
Harsha Vardhana as an emperor

Harsha Vardhana was an energetic ruler. He ascended the throne at the age of 16 years. His kingdom included the Punjab, Rajasthan, Gujarat, Bengal, Orissa and the entire Indo Gangetic plain north of Narmada River. He united the small republics from Punjab to central India.
Harsha Vardhana was a great conqueror. After his succession he united the two kingdoms of Thanesar and Kannauj. He transferred his capital from Thanesar to Kannauj. Harsha Vardhana had an old rivalry with Shashanka. To punish Shashanka he made an alliance with Bhaskaravarman and defeated him.
Harsha Vardhana was also a great diplomat. He sent a mission to China during his tenure which established the first diplomatic relations between Indian and China. Harsha Vardhana was an able administrator. He took much interest in his subjects. During the later part of his life he travelled from place to place to reach his subjects.

Harsha Vardhana was a Mahayana Buddhist. He was, however, a tolerant ruler and supported all religions, including Vedism and Jainism. He also built several stupas in the name of Buddha.