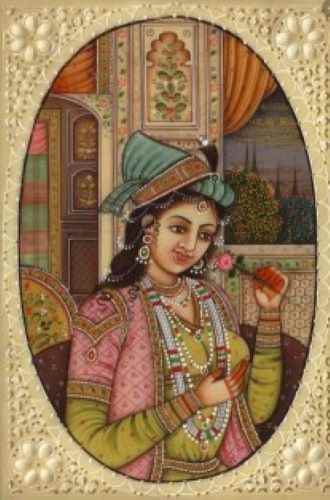 The first female monarch of Delhi sultanate, the name of Razia Sultan shines in the history of India as the only woman to occupy the throne of Delhi. She was the fourth emperor of the slave dynasty.

Razia Sultan was born on 1205. She was born to Shams-ud-din-Iltutmish. She belonged to the Seljug slave ancestry. Razia’s father would take personal care for the education and training of Razia.
By the time she was 13 Razia was an accomplished archer and horse rider. She frequently accompanied her father in his military expeditions. Razia Sultan died on 1240.
There still remains controversy regarding the grave of Razia. Some accounts state that she was buried in Delhi or Kaithal, Haryana or Tonk in Rajasthan.

Razia Sultana reigned from 1236 to 1240. She was the only woman ruler of both the sultanate and the Mughal period. She succeeded to the throne in 136 after her father Shams-ud-din-Iltutmish. As a ruler she refused to be addressed as Sultana because it would mean “wife or consort of a sultan” and she instead on being called ‘sultan’.
Razia as the sultan preferred a man’s tunic and head dress. Contrary to the tradition of Islam she would show her face while riding on an elephant into a battle.  She was trained to lead armies and administer kingdoms. She was also an astute politician. She was also a brave fighter. Most part of her rule was spent in fighting her rebellions. In fights she was no less than a man.
In an ensuing battle between her and Malik Altunia she was taken a prisoner and her advisor Yaqut was killed. In order to escape death she accepted to marry Malik Altunia.
In the meanwhile Razia’s brother usurped the throne. When she and Altunia undertook to take back the throne through a battle they were defeated. They fled Delhi as a result. They fell into the hands of the Jats and were killed on 1240.

Razia believed in the equality of religion. She was deeply devoted to the cause of her empire and her subjects. Razia established schools, academics, centers for research and public libraries.

Razia Sultan has been a part of the popular culture. Many works have been made on her. The film Razia Sultan was made on the life of Razia in 1983. She also featured in an online comic strip “Razia Sultan”.
8664