Siraj-ud-Dullah was the last Nawab of Bengal, Bihar and Orissa. After the reign of Siraj- ud-Dullah ended the rule of the British East India Company started over Bengal and the whole of the South Asia. The Battle of Plassey, fought between Siraj-ud-Dullah and the British, is considered the turning point in the history of India as it opened the way to the British domination in India. 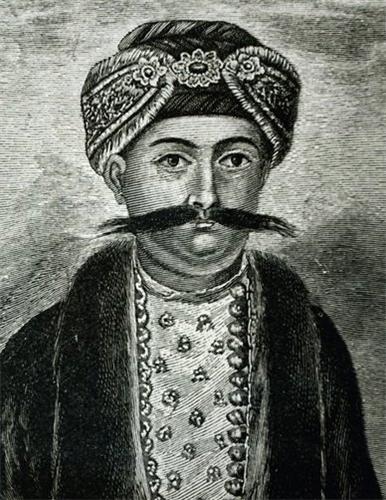 Mirza Muhammad Siraj-ud-Dullah was born in 1733. His father Zain-ud-din ruled Bihar and his mother was Amina Begum. Siraj-ud-Dullah succeeded as the Nawab of Bengal in 1756 at the age of 27 years. Siraj was executed on July 2, 1757. The body of the nawab was found in the river a few days later. After his death the administration of Bengal was controlled by the British East India Company.

Siraj-ud-Dullah is seen as a freedom fighter  in India , Bangladesh and Pakistan. He was one of the first people to oppose the rule of the East India Company in India. Siraj-ud-Dullah was the last Nawab of Bengal, Bihar and Orissa. After the reign of Siraj- ud-Dullah ended the rule of the British East India Company started over Bengal and the whole of the South Asia. Siraj could identify the interest of the British East India Company in India and therefore resented to the initiation of the company. He also came to know of the interest of the company in the internal matters of his court and also their attempts to oust him. The East India Company strengthened the fortification around the Fort William at Calcutta. Siraj-ud-Dullah captured Calcutta and Fort William from the British. He by this time had deep resentment towards the British. The British and some of the noble of his court made a conspiracy to oust him. The main conspirator was Mir Jafar, Siraj’s own granduncle. A treaty was made between British and Mir Jafar to raise him to the throne of the Nawab in return for support to the British in the Battle of Plassey. The nawab was falsely implicated in an infamous case of black hole of Calcutta in which 146 English prisoners are said  to have suffocated to death by being confined to a small and airless prison.

The Battle of Plassey is considered the turning point in the history of India. It opened the way to the British domination in India. After Siraj-ud-Dullah captured Calcutta the British sent forces to recapture the fort. The forces led by Siraj-ud-Dullah and the British met at the Battle of Plassey. During the battle Siraj asked for the help of Mir Jafar to which the latter replied to retreat for the day. On the advice of Mir Jafar Siraj ordered the army to stop war. When Siraj’s army returned to their camps the army led by Robert Clive  attacked them. As the army could not retaliate Siraj lost the battle and had to escape. He was later arrested by the soldiers of Mir Jafar. Siraj was executed on July 2, 1757. After his death the British East India Company took control of the administration of Bengal.