Rameshwar Broota is a contemporary Indian artist. Broota's paintings come with a sting of humor and satire on society. His works combine the mythical and the real. 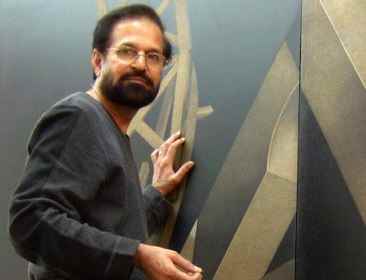 Rameshwar Broota was born in 1941 in Delhi. Broota took interest in painting at an early age. He did his graduation from the Delhi College of Art in 1964.
In 1967 he joined Triveni Kala Sangam as Head of the Art Department. Broota has been teaching and inspiring many younger generation artists. The artist lives and works in New Delhi. 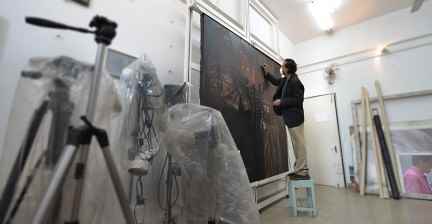 Rameshwar Broota is a modern Indian artist. Broota took interest in painting from an early age. Broota's earlier paintings reveal his anger at the greed and corruption in society and the anguish at the suffering he saw all around him.
His paintings were satirical comment on the social environment of his times. His paintings come with a sting of humor and satire which brings in a new dimension into the contemporary Indian art. His works combine the mythical and the real.
The icons and images used are part of his subconscious self. He is known for his paintings of male bodies. The 'Gorilla Series' reflects Broota's deep sensitivity and concern towards the stark materialism of society.
His ‘Gorilla Man’ represents the artist watching the world go by changes with revulsion. The early 70s saw Broota’s expressions being based on  anti establishment views.

Rameshwar Broota had several solo and group exhibitions. His group exhibitions were in London, US, Germany and Dubai. Broota’s works are housed in leading collections in India and abroad including the National Gallery on Modern Art, Lalit Kala Akademies, the President’s House and and various private collections in India, US, UK, Germany, France, Switzerland, Sweden, Mexico and Dubai.


Awards and honours of Rameshwar Broota 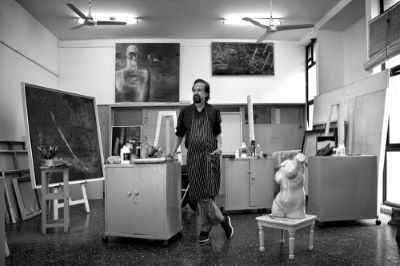 Rameshwar Broota received many awards for his contribution to Indian art. In 1997 he received the ‘Kala Vibhushan’ from All India Fine Arts and Crafts Society, New Delhi.
In 1987 and 88 he got the Senior Fellowship of the Government of India. In 1980, 81 and 84 he received the National Award from Lalit Kala Akademi, New Delhi.
1070