Vijaya Lakshmi Pandit was the first Indian woman to hold a cabinet post. She was also the first women president of the United Nations General Assembly. She was an Indian politician and was deeply involved in India’s struggle against freedom. 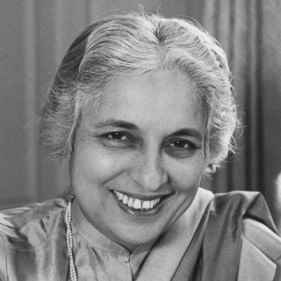 Her niece Indira Gandhi the first female Prime Minister of India and her grand-nephew Rajiv Gandhi was the sixth Prime Minister of India. She was the first Indian woman to hold a cabinet post in pre-independent India. In 1937, she was elected to the provincial legislature of the United Provinces and was designated minister of local self-government and public health.
She held the latter post until 1938 and again from 1946 to 1947. In 1946, she was elected to the Constituent Assembly from the United Provinces. She served as Governor of Maharashtra from 1962 to 1964, after which she was elected to the Indian parliament's lower house, Lok Sabha, from Phulpur, her brother's former constituency from 1964 to 1968.
On retiring, she moved to Dehradun in the Doon Valley in the Himalayan foothills. She came out of retirement in 1977 to campaign against Indira Gandhi and helped the Janata Party win the 1977 election.
She was reported to have considered running for the presidency, but Neelam Sanjiva Reddy eventually ran and won the election unopposed. In 1979, she was appointed the Indian representative to the UN Human Rights Commission, after which she retired from public life.
Her writings include The Evolution of India (1958) and The Scope of Happiness: A Personal Memoir (1979).
To read more, click here.
1567