Arun Majumdar is an Indian material scientist and engineer. He is a leading scientist in the fields of thermoelectric materials, thermal management, heat and mass transfer and waste heat recovery. Majumdar was President Barack Obama's nominee for the Under Secretary of Energy between November 30, 2011 and May 15, 2012.


Life and Career of Arun Majumdar 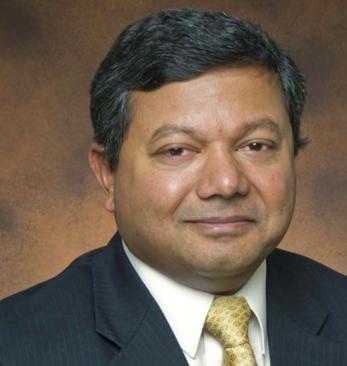 Arun Majumdar is a leading scientist in the fields of thermoelectric materials,  thermal management, heat and mass transfer and waste heat recovery. Born in Kolkata, Majumdar received his bachelor’s degree in Mechanical Engineering at the Indian Institute of Technology, Bombay in 1985 and his PhD from the University of California, Berkeley in 1989.

Majumdar's highly distinguished research career includes the science and engineering of energy conversion, transport and storage ranging from molecular and nanoscale level to large energy systems. Dr Majumdar was elected a member of the National Academy of Engineering for this pioneering work in 2005.

Majumdar served as the first Director of the Advanced Research Projects Agency - Energy, the country's only agency devoted to transformational energy research and development from October 2009 to June 2012. He also served as the Acting Under Secretary of Energy. Dr Majumdar helped shape several strategic initiatives in the areas of energy efficiency, renewable energy and energy storage at Berkeley Labs and UC Berkeley. Majumdar also testified before Congress on how to reduce energy consumption in buildings.

Dr Majumdar was the Associate Laboratory Director for Energy and Environment at Lawrence Berkeley National Laboratory and a Professor of Mechanical Engineering and Materials Science and Engineering at the University of California, Berkeley. Dr Majumdar has also served on the advisory committee of the National Science Foundation's engineering directorate. He was a member of the advisory council to the materials sciences and engineering division of the Department of Energy’s Basic Energy Sciences and was an advisor on nanotechnology to the President's Council of Advisors on Science and Technology. He has served as an advisor to startup companies and venture capital firms in the Silicon Valley.

On Dec 17, 2012, Google announced that Majumdar joined Google to drive Google's energy initiatives and advise the company on their broader energy strategy. He has published several hundred papers, patents, and conference proceedings. On August 16, 2012, Arun Majumdar co-published a paper in Nature with United States Secretary of Energy Steven Chu on Opportunities and Challenges for a Sustainable Energy Future, as well as gave a talk on the paper on the subject at Stanford University.