Arun Netravali is an Indian technology stalwart who revolutionized the face of visual communications with his groundbreaking inventions. Netravali is hailed as a pioneer in the field of digital technology. His research and development works towards high definition television is highly commendable and has established him as a technological whiz of sorts. 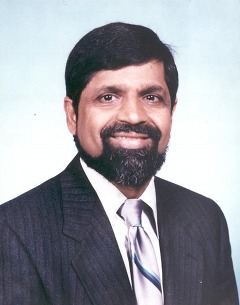 Arun Netravali was born on May 26, 1946 in Mumbai. Netravali graduated from Indian Institute of Technology, Bombay and did his masters and PhD in electrical engineering from Rice University in Houston, Texas. Arun Netravali is married to Dr Chitra and the couple has two children.

Arun Netravali is recognised as one of those few scientists who has made a significant difference in the technological world with his groundbreaking innovations and also paved way for newer technologies and ideas. Netravali has undertaken several research and development programs to redefine and improvise the existing technology. His partnership with Bell Labs has resulted in a dramatic change in the technical world. He is the vice President of research department and has focused on areas like communication, computing and physical sciences. Netravali has been the primary person responsible for the creation of picture synthesis, compression of picture, processing and image sequences which has altered television viewing from analog to digital broadcasting, DBS, cable TV, HDTV and facilitated a range of new collection of products and services that has revolutionized the face of multimedia.

Arun has also been a professor in Massachusetts Institute of Technology, City College, New York, Columbia University and Rutgers University. He has also been the managing director and a member of the board for various organizations.


Awards and honours to Arun Netravali

Arun Netravali has been the recipient of many awards for his contribution to science and technology. The government of India honoured him with the Padam Bhushan. He received the Alexander Graham Bell Medal in 1991. He received an EMMY for the HDTV Grand Alliance in 1994. In 2000 he received the Frederik Philips Award from the IEEE and the NASSCOM Medal.