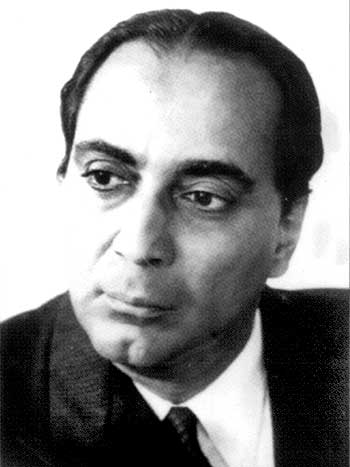 Homi Jehangir Bhabha or Homi Bhabha was an Indian nuclear physicist. Homi Bhabha is popularly known as the ‘Father of Indian Nuclear Programme'.
He is credited with formulating the country’s strategy in the field of nuclear power to focus on extracting power from the country’s vast thorium reserves.
The approach proposed by Bhabha to achieve this strategic objective became the India’s three stage nuclear power programme.
Education: At the age of 18, a young Homi joined Cambridge University to study mechanical engineering at his father's and uncle Dorab Tata's wish.
He went on to receive a doctorate in nuclear physics after his first scientific paper, 'The Absorption of Cosmic Radiation.
Achievement: He was the 1st chairman of the first United Nations Conference on the Peaceful Uses of Atomic Energy held in 1955.
He was the founding director of the Tata Institute of Fundamental Research (TIFR) in 1945 and Trombay Atomic Energy Establishment (later renamed Bhabha Atomic Research Centre, by Prime Minister Indira Gandhi, in his memory).
Award: In 1954, he was conferred with Padma Bhushan award for outstanding contributions to nuclear science. He also won the Adams Prize in 1942 and was honored with Fellow of the Royal Society. He wanted atomic energy to be used to alleviate poverty and advocated the outlawing of nuclear weapons worldwide.
Homi Bhabha died in the Air India Flight 101 crash on January 24, 1966.