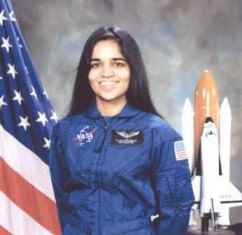 Kalpana Chawla was born on July 1, 1961, at Karnal in Haryana to Banarasi Lal Chawla and Sanjyothi. She enjoyed flying, hiking, backpacking and reading.
She completed her schooling at Tagore Public School in Karnal. She did her Bachelor of Engendering degree in Aeronautic Engineering at Chandigarh in 1982.
After getting a Bachelor of Engineering degree in Aeronautical Engineering from Punjab Engineering College, India, she moved to the United States in 1982 and obtained a Master of Science degree in Aerospace Engineering from the University of Texas at Arlington in 1984.
Chawla went on to earn a second Masters in 1986 and a PhD in aerospace engineering in 1988 from the University of Colorado Boulder. 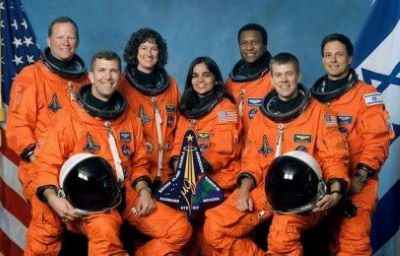 In 1988, Chawla began working at NASA Ames Research Center, where she did computational fluid dynamics (CFD) research on vertical and/or short take-off and landing (V/STOL) concepts.
In 1993, she joined Overset Methods, Inc. as Vice President and Research Scientist specializing in the simulation of moving multiple body problems.
After becoming a USA citizen she applied for NASA and she joined the corps in March 1995 and was selected for her first flight in 1997.

Her first space mission began on 19 November 1997, as part of the six-astronaut crew that flew the Space Shuttle Columbia flight STS-87. Chawla was the first Indian woman to go into space.
She had traveled 10.67 million km, as many as 252 times around the Earth. Chawla was assigned to technical positions in the astronaut office to work on the space station. In 2001, Chawla was selected for her second flight as part of the crew.
She died on 1 February 2003, in the Space Shuttle Columbia disaster, along with the other six crew members, when the Columbia disintegrated over Texas during re-entry into the Earth's atmosphere, shortly before it was scheduled to conclude its 28th mission, STS-107.
Her remains were identified along with those of the rest of the crew members and were cremated and scattered at Zion National Park in Utah in accordance with her wishes.

Awards and Honours for Kalpana Chawla 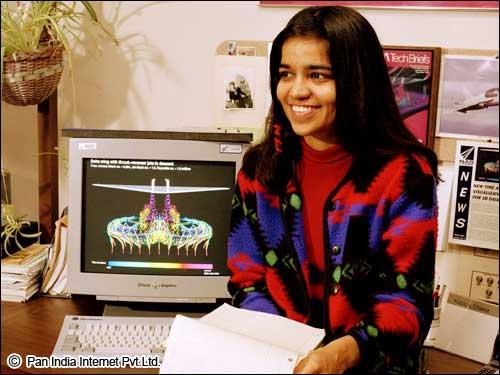 The Kalpana Chawla Award was instituted by the government of Karnataka for young woman scientists. NASA has dedicated a super computer to Kalpana.

To Read More as well as to pay tribute Click Here.
9360