P C Mahalanobis was a distinguished Indian scientist and applied statistician. Mahalanobis is best remembered for the Mahalanobis distance, a statistical measure.
The great scientist made pioneering studies in anthropometry in India. The Indian Statistical Institute was founded by him. 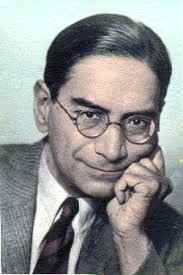 Prashanta Chandra Mahalanobis belonged to a Bengali family who lived in Bikrampur, now in Bangladesh. Mahalanobis studied at Brahmo Boys School in Calcutta graduating in 1908.
He then joined the Presidency College in Calcutta. He received a Bachelor of Science degree with honours in physics in 1912. Mahalanobis married Nirmalkumari in 1923. He died on 28 June 1972.

Mahalanobis' most important contributions are related to large-scale sample surveys. He introduced the concept of pilot surveys and advocated the usefulness of sampling methods.


Awards and honours of PC Mahalanobis