Beauty Sharma Baruah is a popular folk, Indian classical, Ghazal ad Bhajan singer from Assam. She is known as the “melody Queen of Assam”. she is popularly called “beauty Baideo”. She has recorded over a thousand songs for all India radio, Doordarshan and private albums etc. She has sung in six regional languages including Hindi, Marathi, Punjabi, and Kannada. She is the great granddaughter of Laxminath Bezbaruah. She is credited of being one of the few singers in Assam singing “Rag based’ songs.

Beauty Sharma was born in Dafalating Tea Estate at Golaghat in Upper Assam on June 18, 1951. She was born to Bhubaneswar Barua and Nirmala Devi. She married renowned writer and lyricist Dwijendra Mohan Sharma. She has sung several compositions of her husband.

Barua took her first music education in folk songs at the age of 3. She emerged as a child folk singer at the age of 6. In 1958 she was felicitated by Pt Jawaharlal Nehru for her singing capabilities. She underwent training in Indian Classical music under gurus like Pt Motilal Sharma, Rajnmohan das, Anil Dutta and few others. She also received training in light classical forms of music like ‘dadra’, ‘kajri’, ‘thumri’. 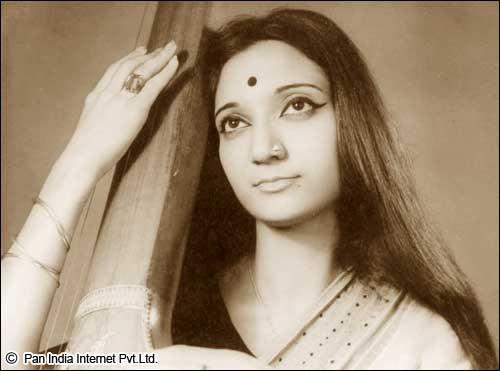 Baruah rose to stardom by her songs aired in All India Radio, Guwahati, Shillong, Jorhat and Dibrugarh. Special shows on her were hosted by all India Radio, Imphal. She has good command over ‘ghazal’, ‘bhajan’ and Indian Classical Music than Assamese folk songs. She is credited with being one of the few singers in Assam singing “Rag based’ songs.

Her first song recorded by all India Radio, Guwahati is “Tumaloi Monot pore”. The song was recorded as a duet with Bhupen Hazarika. Her second recording was “O Rojonigondha”.

In 1971 her gramophone record album with Bhupen Hazarika was a best seller. Her 1999 album “nao koina” was superhit. She has sung for several music directors, including Bhupen Hazarika, Jayanta Hazarika, Khagen Mahanta, Subeer Kherjee, Jiten Deb, Dilip Sarma, and Hiren Gohain.She has sung for the compositions of Jyoti Prasad Agarwala, Vishnu Prasad Rabha, Laxminath Bezbaruah, Parbati Praad Baruah, Keshav Mahanta, Nabakanta Baruah, Hiren Bhattacharjee.She has sung 300 songs written by her lyricist husband. After the death of her husband she wrote her first composition dedicating it to her husband. “Moonlight melodies” was released at this time.

Beauty Sharma Baruah has started Alakananda Sangeet Vidyalaya. The vidyalaya has given birth to several talents in Assam who have emerged into global scenario. She has also directed several musical shows on Doordarshan and All India Radio. She has also acted in films like “Protichobi”, “Dapon” and “Pratighat”.