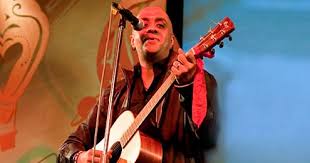 Joi Barua is a popular singer and a musician from Assam. He is the lead vocalist of the band Joi.
He has lent his voice to many Bollywood movies and popular ad jingles. He was invited as a fellow at the first INK Conference in 2010.
He was also the INK speaker in the year 2011. INK Conference is a TED affiliated multidisciplinary conference. Joi Barua has a fusion musical style with elements of rock, soul, jazz, folk and world beat music incorporating in his songs.

Joi Barua was born in Digboi in Assam to Ranjana Barua and Rohini Dhar Barua. He is the younger of two children in the family. Joi Barua was gifted a violin when he was four years old and that triggered his lifeline passion for music.
His family moved base to Jorhat when he was in junior school. When Joi Barua was seven years old, his elder sister pushed him to take part in a singing competition and taught him the popular Cliff Richard song ‘Bachelor Boy’.
Though during that time, Joi Barua was pretty ignorant about singing, he went on to winning that competition. His school principal recognized his passion and encouraged him to take singing and do stage acts. Joi Barua then took up singing as his calling.
Joi Barua passed out his high school from St. Anthony’s College in Shillong and later attended the Guwahati Commerce College for his graduation. He is married to Nayana Borthakur, whom he met in college.

Joi Barua’s inspirations include his father and his school principal who always encouraged him to take up singing and make it reach to the hearts of the people.
Apart from that, he also has influences from bands like Beatles, Eagles, U2 and singers like A.R Rahman, L. Subramanium, Bhupen Hazarika and Jayanta Hazarika among others.

Joi Barua has lent his voice to many Indian movies including 2010’s Filmfare Award winner movie Udaan and National Film Award winner Dev D. He has also worked in a number of Indian films as a playback singer, vocal arranger and background singer.
Joi Barua has worked with a number of renowned music directors like Amit Trivedi, Pritam, Anu Malik, Ram Sampath, Shankar-Ehsaan-Loy and Vishal-Shekhar among others. He also sung the song ‘Khiriki’ for Hengul Theatre in the year 2011.
Joi Barua has also been associated with a number of biggest advertising campaigns and has sung ad jingles for a number of popular ads including Vodafone, Reliance, Hero Honda, Nescafe, Raymonds, Coca Cola Minute Maid, Kurl-On, etc.

Joi Barua is also a member of a band named Joi. The band includes Joi Barua in vocals, Pawan Rasaily on guitars, Ibson Lal Baruah on rhythm guitars, Partho Goswami on drums and Manas Chowdhary on bass guitar as members.
The band came out with an album called ‘Joi-Looking out of the Window’ which was officially launched on December 2010. The songs are a blend of rock, soul, folk and world beat. They also released their first music video Aikon Baikon.

Joi Barua was awarded the best Debut Award (2010) for his album ‘Joi-Looking out of the Window’ at the Big Asomiya Music Awards organized by Big 92.7 FM.
2011