Lalsangzuali Sailo was a writer, a singer, a musician and song writer of Mizoram. She is one of the most celebrated singers and music composers of Mizoram. She was awarded the Padmashree by the Government of India in 1998 for her contribution in the field of literature.

Lalsangzuali Sailo was born on May 15, 1949 at Thingsai in South Mizoram. She was born to S Vanchhuma and Sapthangi Chawngthu. She passed her matriculate from St Johns Boscos Convent in Cherrapunji in 1968.
She did her graduation from St Marys College in Shillong in 1972 and her MA in 2005. She was also trained at Central Institute of Hindi Agra in 1973 and completed Parangat Bridge Course in Hindi in 1979. She is married to Laldinliana.
She was appointed as a teacher at secondary Schools in Mizoram. She worked as a teacher in Govt JL High School and was then promoted to headmistress in the same school. 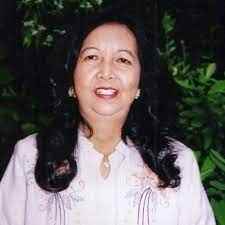 Lalsangzuali Sailo is a literary figure, a singer, a musician and song writer. She is one of the most celebrated singer and music composers of Mizoram. She has contributed greatly to Mizo culture through her music.
Her sweet melodious voice earned her the recognition “The Girl with the Golden Voice” by “The Statesman”. She had her first recording in All India Radio at Shillong in 1967 and 1975. She was upgraded to Grade A Radio Artist by the director General, All India Radio, New Delhi.
She has recorded more than 450 love patriotic and devotional songs. She has performed in major Indian cities. She has also done playback singing in Mizo films. She was the first Mizo singer to have accomplished an audio album when she released her first solo album in 1977.
She has released 29 audio cassette albums, the highest number for a single artist in Mizoram. She has visited Canada and US for performing as a lead vocalist for Mizo Choir.

Lalsangzuali Sailo has written children songs, ballads, devotional songs, patriotic songs, nursery rhymes. She has written 365 songs on various themes. Her songs were included in Mizoram school syllabus. Her song “Duhlai Mi U” and her poem on nature “Nungchate Au Aw” were selected for studies in MA in 1977.
She immense contribution to Mizo culture through her writing. She has written 25 books and three booklets. She also writes articles for magazine and papers.She has participated as delegate from Mizoram in the first International Conference on literature in translation in new Delhi.
She has been the treasurer of the Executive Council of Mizo Academy of Letters. She has been the editor of run mawitu magazine.She also writes short plays and dramas for AIR programme.
Sailo died on 14 October 2006. Sailo was married to Laldinliana and the couple has two sons and a daughter.

Awards and Recognition of Lalsangzuali Sailo:

Lalsangzuali Sailo was awarded the Padmashree by the Government of India in 1998 for her contribution in the field of literature. She was the All India Radio Outstanding Artiste in 1998 and was termed the greatest singer of the Century 2000 by Zolentu magazine.
She was given the Lifetime achievement award 2002 by Rimawi Khawvel music magazine. He received the Pu Buanga Award 2000 by Mizo Academy of letters Jt Hqrs Lunglei for her contribution to Mizo literature.
5553