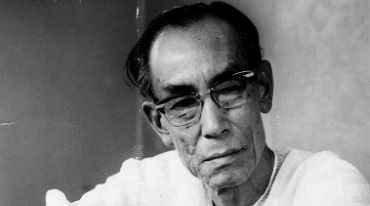 SD Burman was a music director, music composer and singer of the Indian film industry.  Lovingly called Burman Da by his admirers, SR Burman has scored music for 89 Hindi and 31 Bangla movies. Burman da's works were based on Bengali folk music.
Burman comes from a royal background. His father Nabadwipchandra Dev Burman was from the royal family of Tripura while his mother was from the royal family of Manipur. Besides composing, Sachin 'Karta' (his nickname in the music industry) has also lent his voice to 14 Hindi and 13 Bengali film songs.
Bengal's revolutionary poet Kazi Nazrul Islam was a close acquaintance of his family. He would stay with the Burmans in their Comilla residence. Burman has also sang four songs composed by Nazrul.  His first record (that was the pre-album era) came out for Hindustan Records in 1932.
In 1934, he won a gold medal to Bengal Music Conference in Kolkata for his thumri rendition. Rabindranath Tagore inaugurated the event. 7. His first major hit in Hindi songs came with the song 'Mera Sundar Sapna Beet Gaya' sung by Geeta Dutt in the movie Do Bhai in 1947.
After rehearsing for one of the most famous songs of his life, 'Badi Sooni Sooni' sung by Kishore Kumar for Mili, Burman went into coma and did not recover.
The most memorable of his compositions are the ones he did for Dev Anand and Guru Dutt. Burman Da's music composition “Pyasa” was chosen as one of “the Best Music in Film” by Sight & Sound, the British film institute magazine. Burman da was a recipient of the Padmashree and Sangeet Natak Academic Award.