Tarali Sarma is a playback singer from Assam. She is a versatile singer and a music director of the Assamese film industry. She is also the first female music director in the mobile theatres of Assam.

Life and career of Tarali Sarma: 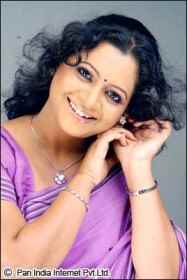 Tarali Sarma is the daughter of Prabhat Sarma, a renowned folk exponent, flutist, music director and a recipient of the prestigious Sangeet Natak Akademi. She draws her inspiration from her father and her uncle Bakhista Deva Sarma, who is a Satradhikar of the Barpeta Satra.
Tarali Sarma herself is proficient in traditional Assamese music. Being born in a family of music, Tarali Sarma created her own identity at the age of 12 when she composed music for an All India Radio Program.

Tarali Sarma has composed music for a number of films like Akashitorar Kothare, Laaz, Jatra the passage and Abhijatri among others. She has also performed in a number of functions like the Valley Forge in Pennsylvania during ‘Assam 2009’ organized by Assam Society of America.
She also performed in Colorado Springs in Colorado during Assam 2010 which was also organized by Assam Society of America. Tarali Sarma has released several albums like Abhixari Priya, Sonjoni, Sankar Madhav, Sneh, Pohar, Tarali, Bargit, Abhimaan, Prajapati, Nayanmoni (with Krishna Moni Nath) and Mukoli among others.
She has also lent her voice to many films, serials and plays like ‘Ajoni Japani Suwali’, ‘Arastha Abasthan’, ‘Jibon aru Sanghat’, ‘Parbati’, ‘Maa’ and documentaries like ‘Jyotirgamaya’.
She is a regular performing artist of the All India Radio and Doordarshan. Tarali Sarma has the vision of establishing and promoting the traditional folk music of Assam and of various ethnic states of Assam.

Tarali Sarma has been awarded the National Film Award for Best Female Playback Singer in the year 2004 for the Assamese film ‘Akashitorar Kothare’.
2368