Chandraprabha Saikiani was an Assamese activist and a reformer. She is a renowned feminist who stood up for the cause of welfare and development of livelihood of women. She was also a poet and is an inspirational figure in Assam. 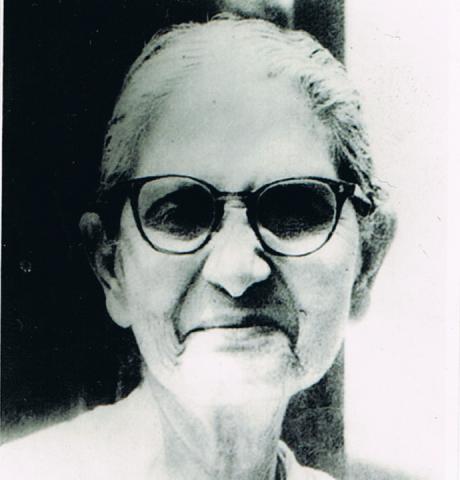 Chandraprabha Saikiani was born on March 16, 1901 in the Doisingari village of Kamrup district in Assam. She was born Chandrapriya Majumdar and the seventh child in her family. She was born to Ratiram Mazumdar who was the village headman of that village and Gangapriya Majumdar.
Her father encouraged education for his daughters in the local school Chandraprabha not only educated her but was also concerned regarding education of the girls in her surrounding. When she was thirteen years old, she established a girls’ school in Akaya village.
She opened the school under a thatched roof and brought few girls under her fold for education. It was in this place, that Neelakanta Barua, the then school inspector spotted Chandraprabha and the spark she had and awarded her a scholarship to study in Nagaon Mission School.
She was accompanied by her younger sister Rajaniprabha. Her sister too was awarded a scholarship and she later went on to become the first lady doctor of Assam.
Chandraprabha during her study in the school protested against the ill treatment of the girls by the missionaries, who used to punish the students who refused to convert. Chandraprabha Saikiani passed away on 16th March 1972 few days after she was conferred the Padma Shri.

After completing her education, Chandraprabha Saikiani was working in Nagaon for a while till she was appointed the Headmistress of Tezpur Girls’ ME School. Her life in Tezpur expanded as she came into contact with people like Omeo Kumar Das, Chandra Nath Sarma and Jyoti Prasad Agarwala among others.
In the year 1919, Chandraprabha Saikiani was the only female delegate at the Assam Chhatra Sanmelan in Tezpur. In that Sanmelan, she spoke about the ill effects of taking opium and also urged to put a ban into it.
Later she started a small school for girls near Nagaon. In the year 1925, Chandraprabha Saikiani attended the Assam Sahitya Sabha in Nagaon. During that time, there was a practice that the women would sit separately behind a screen while the men spoke.
Chandraprabha Saikiani stood up against the practice and demanded removal of such restrictions. In the next year, she set up the Asom Pradeshik Mahila Samiti and launched it in Dhubri immediately after the Assam Sahitya Sabha held there that year.
The organization worked for women and child’s rights including freedom from harassment and education. It also worked to put an end to dowry and child marriage. Chandraprabha Saikiani allied with the Congress and was active in the Civil Disobedience Movement of 1932 and the Non Cooperation Movement of 1942-43.

Chandraprabha Saikiani stood up for the equality of all sections of the people. Her efforts lead to the opening of the doors of the Hajo Hagriva Madhav temple to all people irrespective of caste and creed.
Chandraprabha Saikiani while promoting development through the Mahila Samiti also edited the Mahila Samiti’s journal Abhijatri for seven years. She also wrote many poems and fiction articles. Her novel ‘Pitribhita’ was published in the year 1937.

During her years in Tezpur, Chandraprabha Saikiani came across a prolific writer named Dandinath Kalita and fell in love with him. Though they never wed, she has a child named Atul Saikia from him.
Dandinath Kalita married another woman from his family choice and Chandraprabha Saikia went on to raise the child single handedly.
She was looked down upon by the society as being an unwed mother. However, she rose to the challenge and raised her son who later became and iconic figure for his contribution to the Trade Union movement in Assam.

Awards and Recognitions of Chandraprabha Saikiani:

Chandraprabha Saikiani was conferred the Padma Shri award by the Indian Government in the year 1972 in view of her outstanding contribution to the upliftment of women and selfless work for the betterment of the society.
5002