Akhil Kumar is an Indian boxer. He has won many national as well as international awards in various boxing competitions. Akhil Kumar was born on 27th March 1981 in Faizabad in Uttar Pradesh.
He started boxing at the age of 13. Akhil Kumar’s first fight was in the school state level boxing in Haryana. He practices an ‘open guarded’ boxing style. Akhil Kumar started boxing as a hobby and passion and successfully transformed the hobby into his living profession. 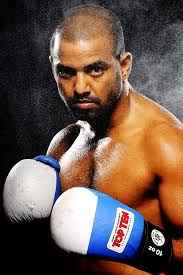 Akhil Kumar qualified for the Athens Games by winning second place at the 1st AIBA Asian 2004 Olympic Qualifying Tournament in Guangzhou in PR China.
In the first round he lost to Uzbekistan’s Tulasbhoy Doniyorov. In Olympics 2004, he lost in the first round to Jerome Thomas. In the year 2005, Akhil Kumar won the gold medal in the 4th Commonwealth Federation Boxing Championships in Glasgow, Scotland.
There he defeated Mahalangu of South Africa by a narrow margin of 18-17 in the 54 kg final. In the 2006 Commonwealth Games, Akhil Kumar won the gold medal in the Bantamweight 54 kg category by edging out Nestor Bolum of Nigeria and defeating Bruno Julie of Mauritius in the finals.

Akhil Kumar in the year 2008 qualified for the 2008 Olympic Games beating the silver medalist from 2004 Summer Olympics, Worapoj Petchkoom in the Asian Boxing qualifying tournament in Bangkok. In the Olympic event, he made his way to the second round in the Bantamweight 54 kg category beating Frenchman Ali Habab.
In the round of 16, he beat current World Champion Sergey Vodopyanov in the second round of the bout in a controversial match.
The score was tied 9-9 at the end of the fourth but the judges’ decision was in favor of Akhil Kumar because he landed a greater number of punches. He however lost to Veaceslav Gojan of Moldova in the quarter finals on 18th August 2008.

In the AIBA World Cup 2008 held in Moscow, Akhil Kumar beat Marcel Schinder of Germany in quarterfinals with a marvelous margin of 15-6. In the semifinals, the final score was equal, but the judges awarded the match to his opponent.
Akhil Kumar subsequently won a bronze medal. Akhil Kumar was ruled out of the 2012 London Olympics as he failed to reduce weight in time to take part in the Asian Continental Olympic qualifying tournament which was held in Kazakhstan on April 2012.

Akhil Kumar was awarded the prestigious Arjuna Award by the Indian Government in the year 2005.
5374