Chetan Anand Buradagunta is an ace Indian badminton player. He is considered one of the best male badminton players in India after Pullela Gopichand, Prakash Padukone, and Syed Modi.
Chetan Anand is the recipient of the prestigious Arjuna Award conferred to him by the Government of India. 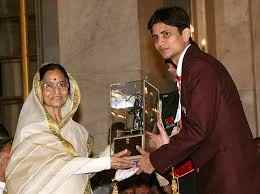 Chetan Anand was born on 8th July 1980 to Harshavardhan and Suguna in Vijayawada. He has a younger brother Sandeep Anand. Chetan Anand’s father Harshavardhan had formerly been an annual participant in the inter-State Lecturer’s tournaments.
He also became famous later on for his intelligent net game and as a classic stroke player during his teenage and later went on to become the ranked 1 player in India.
Chetan finished his schooling in Veeramachineni Paddayya Siddhartha Public School. He also completed his mechanical engineering studies from the Potluri V Prasad Siddhartha Institute of Technology in Vijayawada.
Chetan Anand married Jwala Gutta, a left handed Indian badminton player on 17th July 2005. However, the couple has fallen apart due to difference and issues and has divorced on 29th June 2011.

Chetan Anand started his badminton career in the year 1992 in the Mini Nationals in Mumbai. He was successful in doubles in his early badminton career pairing with A. Prithvi and winning in 12 year and 15 year age groups.
He reached his first open nationals singles final in Kerala in the age of fifteen but failed to win the title and was the runner up though he won the doubles title pairing with A. Prithvi. He was encouraged by Prakash Padukone. His career received the boost when Prakash Padukone sent him to the World Academy camp in Kuala Lampur in Malaysia. He made significant improvements in the game.
Chetan the won the first singles title of his career in Chennai in a junior major ranking tournament where he directly came from Kuala Lampur. In the same year he made his mark in the senior category as well reaching the semi finals in all of the senior ranking tournaments and reaching the top eight in the entire country. 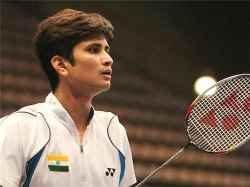 In the year 1999, he became the Junior National Champion. In the year 2001, he won his first Asian Satellite tournament in Bangalore which marked his beginning in seniors. Later on he won more than 15 major ranking tournaments in India.

Chetan Anand is also employed by the Oil and Natural Gas Corporation (ONGC) as a senior executive engineer. He was signed as the first brand ambassador for promoting Li Ning sporting goods in India in the year 2009.
11657