Laishram Devendro Singh is an Indian boxer from Manipur who competes in the light-flyweight division.

Devendro Singh was born on 2nd March 1992 in Imphal West district in Manipur. He was born to parents Jugindro Singh and Maklembi Devi. His sister, Sushila Devi is a former national boxing champion who helps her brother with his training. Devendro Singh is coached by Indian boxing coach Gurbaksh Singh Sandhu. 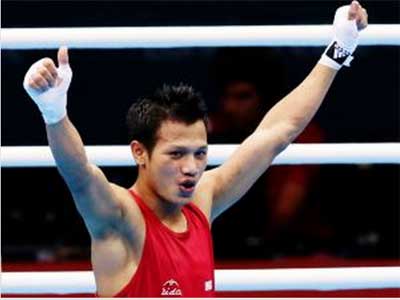