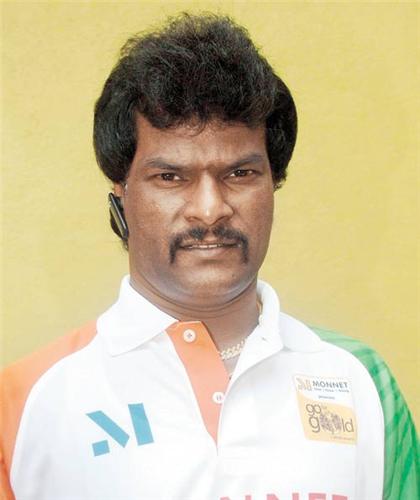 Dhanraj Pillay is a former captain of the Indian hockey team. He is a field hockey player from Pune who created magic with his skills on the hockey field.
The Indian hockey team won the 1998 Asian games and 2003 Asia Cup under his captaincy. Pillai has played in four Olympics, four World Cups and four Asian Games among other matches.

Dhanraj Pillay was born on 16th July 1968 in Khadiki in Pune, Maharashtra. He was born as the fourth son of Tamil parents Nagalingam Pillay and Andalama. Dhanraj Pillay spent his youth in the Ordnance Factory staff colony where his father was a grounds man.
He learnt his skills with broken sticks and discarded hockey balls by playing with his brothers and friends in his colony thereby imitating the style of legendary forward and idol, Mohammed Shahid. Dhanraj’s mother, whom he gives all due credit for his success, encouraged her five sons to play hockey despite living a hand-to-mouth existence.
Dhanraj later moved to Mumbai in the mid eighties to join his elder brother Ramesh who was playing in the Mumbai league. Thereafter, Dhanraj was tutored by the then Indian Coach, Joaquim Carvalho after he moved on to Mahindra & Mahindra. 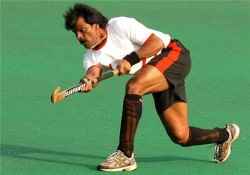 Dhanraj Pillay has also played hockey for a number of foreign clubs. He has played for foreign clubs like Indian Gymkhana (in London), HC Lyon (in France), BSN HC and Telekom Malaysia HC (in Malaysia), Abhahani Limited (in Dhaka), HTC Stuttgart Kickers (in Germany) and Khalsa Sports Club (in Hong Kong). During the end of his career, he also played in the Premier Hockey league for the Maratha Warriors for two seasons.

Dhanraj Pillay is currently playing for Karnataka Lions in the World Series Hockey which is played in India. He scored two goals for his team which is captained by ex-Indian captain Arjun Halappa.
Dhanraj is also currently the manager of the Indian Hockey team and a member of the ad hoc committee of the Indian Hockey Federation which was formed after the suspension of Kanwar Pal Singh Gill.

Dhanraj Pillay is the recipient of India’s highest sporting honor, the Rajiv Gandhi Khel Ratna award for the year 1999-2000. He was also awarded with the prestigious Padma Shri Award, India’s fourth highest civilian award in the year 2000 by the Indian Government.
Dhanraj Pillay was the winning captain of the victorious Asian games 2002 hockey team. He was also awarded the ‘Player of the Tournament’ award in the 2002 Champions Trophy held in Cologne in Germany. Pillay is currently involved in trying to start a hockey academy in Mumbai.
A biography on his life titled ‘Forgive Me Amma (Mother)’ was also released which was written by journalist Sundeep Mishra, who has tracked his career spanning almost three decades.
25323