Dola Banerjee is an Indian sportswoman who competes in archery. She represented India in innumerable international arena and brought laurels to the country.

Dola Banerjee was born in Baranagar on 2nd June 1980, North 24 Parganas district in West Bengal. She is the daughter of Ashok Banerjee and Kalpana Banerjee.  Dola studied in Baranagar Rajkumari Memorial Girls High School. She started to learn archery in the Baranagar Archery Club at the age of nine. 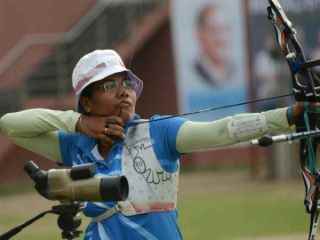 Dola Banerjee’s first international appearance was in the Youth World Championship Dola Banerjeein San Diego in the year 1996. She represented India in the 2004 Summer Olympics. She was placed in the 13th position in the women’s individual ranking round with a 72 arrow score of 642 in the first round of elimination itself.
She faced Kirstin Jean, ranked 52nd from Lewis of South Africa and fell victim to an upset lost, losing 141-131 in the 18 arrow match. Dola was also a member of the 8th place Indian women’s archery team. 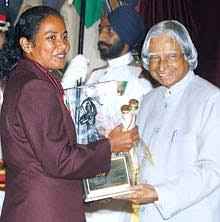 Dola Banerjee won a second international gold medal when she bagged the individual re-curve title of the fourth leg of the Meteksan World Cup archery in Dover in England on August 2007.
Having won the fourth leg, she qualified for the World Cup final held in Dubai on November 2007 where the winners of the four legs competed. Dola became the world champion in archery by winning the gold medal in the women’s individual re-curve competition in archery World Cup.
Dola also represented India in the women’s individual as well as team events in the Beijing Olympics 2008, but was unsuccessful in reaching the finals in both the events. In the team events, she teamed up with Pranitha Vardhineni and Bombayala Devi.
They were ranked sixth in the qualifiers. In the individual event, she was ranked 31st and lost to Marie-Pier Beaudet of Canada by 8-10 in the tie break after scoring 108-108 in the full set of arrows.

Dola Banerjee was awarded the Arjuna award by the Indian Government in the year 2005 and she is the second woman and first female archer to be honored with this honorary award for her contribution for the glory of the nation.
21876