Jwala Gutta is a left handed Indian badminton player who has won the National Badminton championships thirteen times until 2010. She is one of the best women’s doubles badminton players India has produced in the recent years. She is of mixed Indian and Chinese descent. 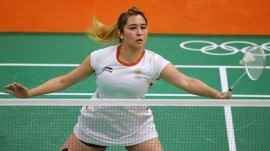 Jwala Gutta was born on 7th September 1983 in Wardha in Maharashtra. She was brought up at Hyderabad in Andhra Pradesh to a Telegu Indian father and a Chinese mother.
Her father Kranti Gutta hails from a family of freedom fighters and Leftists whereas her mother, Yelen Gutta was born in Tianjin and is the grand-daughter of a Gandhian named Tseng.
first came to Indian in the year 1977 with her grandfather to visit the Sevagram ashram where he translated Gandhi’s autobiography to Chinese language. Yelen married Kranti Gutta in the year 1982 and settled in Hyderabad in the year 1988.
During her badminton career, Jwala Gutta began dating fellow badminton player Chetan Anand who was the 1999 Junior National Badminton Champion and Senior National Badminton Champion in 2003, 2007, 2008, and 2010. The couple married on 17th July 2005 and got divorced on 29th June 2011. 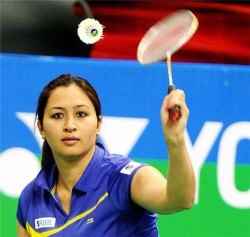 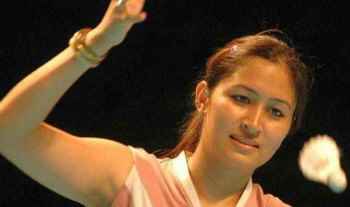 Later again, she created history by being the 1st women doubles pair to win a bronze medal in World Championships 2011. She will further play in the women doubles as well as in the mixed doubles in the London Olympics.