Mahadev Deka is a bodybuilder from Assam. He won the Mr. Universe Championship title in the year 2009 which was held in Florida in the USA. He was also the runner-up of the Muscle Mania Super body World Championship for the year 2008. 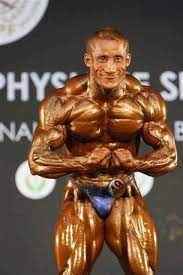 Mahadev Deka was born at Nalbari in Assam. By profession, he is an assistant engineer in the Public Health Department of Assam. While studying at the Assam Engineering College he took up body-building.
He participated in many competitions and won the Junior Mr. India in Pune in the late 90s. Mahadev Deka took his first training from Manohar Aich in Kolkata in the year 1992. He went on to win the bronze medal in the Bharar Kumar Championship held in Bangalore in the same year.
In the year 2008, Mahadev Deka was the runner-up of the Muscle mania Super body World Championship and subsequently won its Mr. Universe title in the bantamweight in the year 2009.
He received a hero’s welcome when he returned to Assam after his victory. He was awarded many felicitation prizes from different organizations and the Chief Minister also promised him a house.
Mahadev Deka follows a regular diet of 20 egg whites, a chicken, fruit juice, little rice, lots of green vegetables, and additional allotted supplements. Mahadev Deka underwent open-heart surgery in August 2002.
After the operation, he developed a lump in his chest for which he underwent chemotherapy and was advised to open-heart surgery to remove the lump.
However, being a professional, his love for his favorite place, the gym, took over and he started going to the gym. Today Mahadev Deka is a source of inspiration in bodybuilding for the people of Assam and the Northeast as a whole.
4465