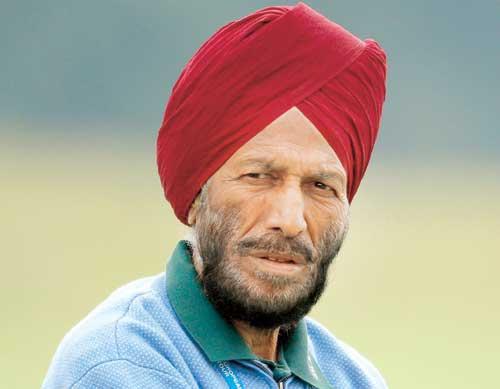 Milkha Singh was born on 8th October 1935 in Layalpur in British India. He is married to former captain of the Indian Women Volleyball team, Nirmal Kaur. Milkha Singh is also the father of the professional golfer, Jeev Milkha Singh. Milkha Singh had lost his parents at the time of partition and hence he grew up as an orphan.
He had no formal training of any kind in the field of athletics. He was however, very much interested in joining the army, but was rejected three times and then finally he joined in the army’s electrical mechanical engineering branch in the year 1952.
He was inspired by his coach Havildar Gurudev Singh and first came into limelight in the year 1956 during the National Games. 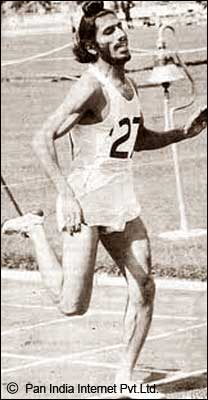 Milkha Singh did not have any formal training and used to practice and work out every day. He first came into the limelight during the National Games in Patiala in the year 1956. He also broke the 200 meters and 400 meters records in the National Games in Cuttack.
Milkha Singh represented India in the 1956 Melbourne Olympics in the 200 and 400 meters races. However, at that time his inexperience showed and he was eliminated early from the competition in the heats. After that, he went on to win two gold medals in both the 200 and 400-meter events in the 1958 Asian Games.
He also progressed to win a gold medal in the 400 meters competition in the 1958 Cardiff Commonwealth games with a time of 46.16 seconds. This achievement made him the first gold medalist in the Commonwealth Games from independent India.
Later, Milkha Singh also competed in Pakistan and his successes earned him the nickname of ‘The Flying Sikh’. He also won the gold medal in the 400-meter race at the 1962 Asian Games. In the 1960 Olympics in Rome, he finished in fourth place in the 400 meters race.
In the final event, he set off strongly to the fore but was overhauled by the field. In this Olympics, in all of the 400 meters races of his prior to the final race, he finished second improving his time one each event.
However, he failed to replicate the success in the finals. He also represented India in the 1964 Summer Olympics in Tokyo. After his retirement, Milkha Singh is current appointed in the position of the Director of Sports in Punjab.

Milkha Singh has been awarded with the prestigious Padma Shri award by the Indian Government. Singh has done India proud in many occasions. In the year 1958, he had won the gold medals in the Commonwealth as well as the Asian Games.
In 1960, he won the 4th place in the Summer Olympics and in 1962 he won the Gold yet once again in the Asian Games.
Milkha Singh, has died from Covid-related complications, aged 91, He died of COVID-19 complications.
8803