Narsingh Pancham Yadav is an Indian wrestler who hails from Uttar Pradesh. Carving a name for himself in the history of wrestling not only in India but also at an International level, he has brought laurels to the country at different occasions and events. 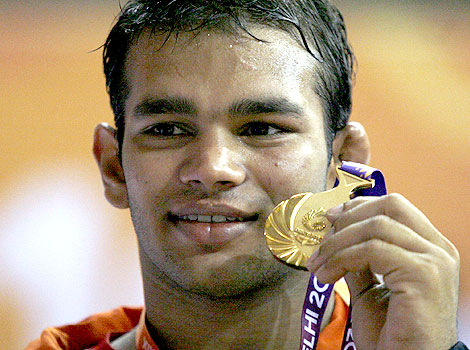 Narsingh Pancham yadav was born to Pancham Yadav and Bhulna Devi in the eastern part of Uttar Pradesh.
Coming from a family with a background of farming, both Narsingh and his brother Vinod lived with their father Pancham, who worked as a milk distributor in Mumbai and their mother, looked after the farming of their land in Neema Village of Varanasi District. Both the brothers after hard work and total dedication grew up to become wrestlers.