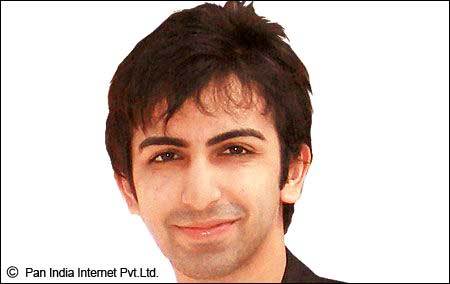 Pankaj Advani (1985 - Present) is an ace Indian billiards and snooker player, considered as one of the best in India.
Pankaj is the only Indian to have won the world title in both snooker and billiards.  Pankaj is also the youngest Asian player to have won the IBSF titles for record six times.
He is the first person in the world to win IBSF Snooker and Billiards World Titles along with the WPBSA Billiards World Title. Also the player has won five Asian titles.

Pankaj Advani was born on 24th July 1985 in Pune. He spent his initial years in Kuwait before moving to Bangalore. Pankaj received his education in Frank Anthony Public School in Bangalore and completed his Bachelors degree in Commerce from Mahaveer Jain College, Bangalore.
He received snooker training from former national snooker champion Arvind Savur. When Pankaj was 10 years old, his passion for snooker came into the notice of ace snooker player Arvind Saur in the Karnataka State Billiards Association Hall. Arvind Saur then started training him in the sport. 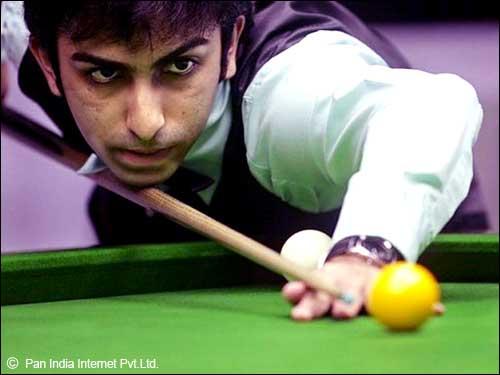 Pankaj Advani won his first ever title at the age of 12 and went on to set several records in the state and national level competitions. In the year 2000, Pankaj won the first Indian Junior Billiards Championship and then went to win that title again in the year 2001 and 2003.
In the year 2003, he won the India Junior Snooker Championship which made him the youngest national snooker champion.

Pankaj made his debut in the Asian Billiards Championship in the year 2002 which was held in Bangalore. He finished as a finalist in that game. Thereafter, he won the International Billiards and Snooker Federation (IBSF) World Snooker Championship 2003 in China at the age of 18 years.
He also won the EBSF World Billiards Championship in the year 2005 in Qawra in Malta. Pankaj is the only Indian to have won the world title in both snooker and billiards and the second cueist after Malta’s Paul Mifsud to have won both the billiards and snooker world titles.

In the year 2005 again, he achieved a ‘grand double’ by winning both the points and times formats at the IBSF World Billiards Championship 2005 and he repeated the same feat in the 2008 Championships held in Bangalore.
Pankaj is the youngest Asian player to have won the IBSF titles for record six times. He is also the only person to have won all the five billiards tournaments in a season. He won the World Professional Billiards title held in Leeds in the year 2009, registering a comprehensive win against the defending and nine time champion Mike Russell.
He became the first person in the world to win IBSF Snooker and Billiards World Titles along with the WPBSA Billiards World Title. In the year April 2012, Pankaj Advani won the Asian Billiards Championship in Goa and became the first person in history of the sport to win five Asian titles.
He is the 2010 Asian Games Gold Medalist having won in the English Billiards Singles and Asian Billiards Championship.