Shiva Thapa is a boxer from Assam. He has won many medals for the country and is one of the youngest boxers of India to qualify for the Olympics. 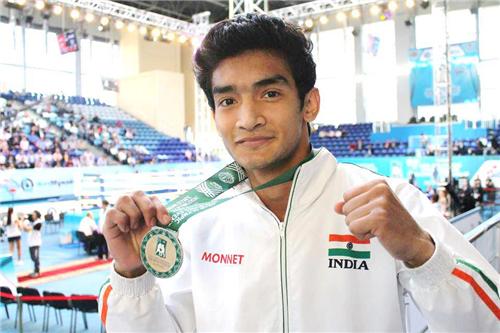 Shiva Thapa was born in Guwahati as the youngest of six siblings to Padam Thapa, who is a karate instructor in Guwahati. Shiva Thapa was encouraged and inspired by his father and his elder brother, Gobind Thapa who is an Assam state level medal winning boxer.
He was also inspired by Mike Tyson’s bouts. His father noticed his love for the sport and got him training for the same.  Shiva Thapa then started his training by first practicing in his home. 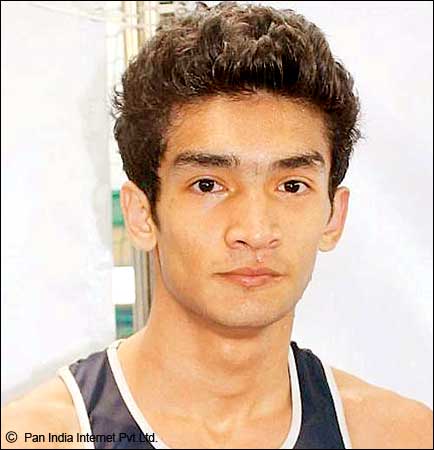 Though it was not easy for the family to fulfill all the requirements of the sport for Shiva Thapa due to a large family, still his father did all he could by saving on the expenditure.

However, things became easy for the Thapa family when the ‘Olympic Gold Quest’, a non profit organization to identify and support Indian athletes, decided to support Shiva Thapa as a part of their Vision 2016 timeline.

He currently trains at the Pune based Army Sports institute supported by the Olympic Gold Quest.

Sports of Career of Shiva Thapa:

Shiva Thapa won the bronze medal in his category in the Children of Asia International Sports Games which was held in Moscow in the year 2008.
In the same year, he won the gold medal in the Haider Aliyev Cup. After this performance, Shiva Thapa was chosen to represent India in the 52 kg category at the 2009 Junior World Boxing Championship.
Thapa went as a part of the Indian team, where he lost the finals and came up with a silver medal. This championship attracted a huge number of boxers as it was the only qualification event for the 2010 Summer Youth Olympics.

An injured fist during the fight left him in poor shape and was advised to rest for some time.
After qualifying, he took part in the 2010 Summer Youth Olympics and won the silver medal in the 54 kg category after losing to a Cuban boxer in the finals.

The Assam Government, the Sikkim Government and the Indian Olympic Association have awarded him with cash prizes in recognition of his accomplishments and contribution.
4638