A K Ramanujan is regarded as one of the gems of Indian English poets. His poets are immensely popular among all lovers of poetry.

Life of A K Ramanujan:

Attipate Krishnaswamini Ramanujan was born on 16th March in the year 1929.While his father, Attipat Asuri Krishnaswamini was a professor of mathematics and also an astronomer, his mother was an 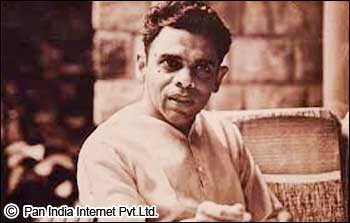 orthodox Brahmin. At the age of twenty, Rumanian’s father died.

Ramanujan grew up in a multilingual family where all the three languages such as Tamil, Kannada and English were spoken. A.K Ramanujan died in the year 1993 at the age of sixty-four under anesthesia during a surgery.

Literary Career of A K Ramanujan:

In his teenage years, Ramanujan wanted to be a magician and very often he awould try his skills at magic tricks.

He was educated at Marimallappa High School and Maharaja College of Mysore. In his first year Ramanujan majored in Science but later changed to English. He also got a graduate diploma in theoretical Linguistics. He was also a Fellow of Deccan College at Pone in 1958-59.

Ramanujan taught at various colleges in South India but mainly in Belgaum in 1950s. In 1958 he went to the United States for his PhD in Linguistics at Indianan University. In 1962 Ramanujan was appointed to the University of Chicago where he remained for about thirty years.

Ramanujan was a bi-lingual writer. Besides being a poet, he was a translator and essayist. In his poems one can find the taste of inter- texuality and hybridity. At the age of thirty his first collection of poems titled The Striders was published in 1966. His later collections were Relations (1971), Second Sight (1986) and Collected Poems in 1995.

Ramanujan’s translations from Tamil, Kannada and Telegu made him internationally popular. Some of his translations are Interior Landscape (1967), Speaking of Siva (1973), Hymns for the Drowning (1981), and Poems of Love and War (1985) and so on.

His very first book was a collection of proverbs in Kannada which was published in 1955. For the next forty years he wrote extensively on subjects like ‘The Indian Oedipus’, ‘On Folk Mythologies and Folk Puranas’ and ‘Who Needs Folklore?’.

These have been collectively published in Collected Essays in 1999. The last book to be published was Folklore of India in 1991.

Ramanujan’s translations of the poems from the Kuruntokai, one of the eight anthologies of classical Tamil appeared in American journals as early as in 1964 and in Writers Workshop in 1965. In his essay titled ‘Three Hundred Ramayanas: Five Examples and Three Thoughts on Translations’ (1999) became a topic of extreme controversy.

The essay showed with different versions of the great Indian epic, the Ramayana from the traditional pattern challenging history. The essay was a part of the prescribed course at under-graduate level but it was banned in 2011.

Ramanujan has been awarded with the prestigious Padma Shri in 1976 and MacArthur Prize Fellowship in 1983.