Amitav Ghosh (1956 – Present) is of the prominent figures in the category of Indian Writing in English, Amitav Ghosh has so far been judged as one of the best post modern writers. He is famous worldwide for some of his best-sellers such as The Shadow Lines, The Glass Place, The Hungry Tide and Sea of Poppies. 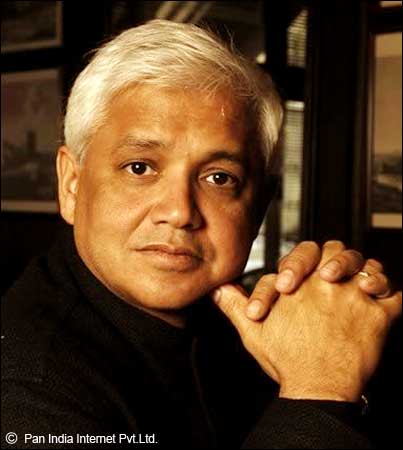 Amitav Ghosh was born on 11th July, 1956 at Calcutta (Kolkata).His father, Lieutenant. Colonel Shailendra Chandra Ghosh is a retired Indian army officer. Ghosh is married to Deborah Baker. She is the author of Extremis: The Life of Laura Riding (1993), which was a finalist for the Pulitzer Prize in biography in 1994.The couple is survived by two children- Lila and Nayan.

Amitav Ghosh was first educated at the Doon School. He then graduated from St. Stephen’s college under University of Delhi. Later he went to St.Edmund Hall, Oxford where he was awarded Ph.D. in Social Anthropology on 1982.

His first job was the Indian Express newspaper in New Delhi. In the field of teaching, Ghosh has taught at several places so far He has been a Fellow at the Centre for Studies in Social Sciences, Calcutta.

He has also joined the prestigious Queens College, City University of New York, as a professor in Comparative Literature. Apart from this, he has been a visiting professor to the Department of English of Harvard University since 2005. Ghosh has also taught at several colleges in Delhi.

Amitav Ghosh as a Litterateur:

As a noted personality in the field of literature, Amitav Ghosh has so far written and published many novels. He published his first book, The Circle of Reason (1986).Some of his other well known books are The Shadow Lines (1988), In an Antique Land(1992).

Amitav Ghosh has been awarded with several prestigious awards for his immense literary output. He has been awarded the Prix Medicis Etrangere, which is a top literary award of France for his novel, The Circle of Reason in the year 1990.

Another best-seller of Ghosh titled Sea of Poppies was shortlisted for Man Booker Prize in 2009. Moreover, Ghosh has also been awarded Grizane Cavour Award in Italy for his achievement as a writer.

He has been awarded the Padma Shri by the Government of India in 2007 and also elected as a Fellow of the Royal Society of Literature in 2009.

For biographies on other Writers and Poets, click here