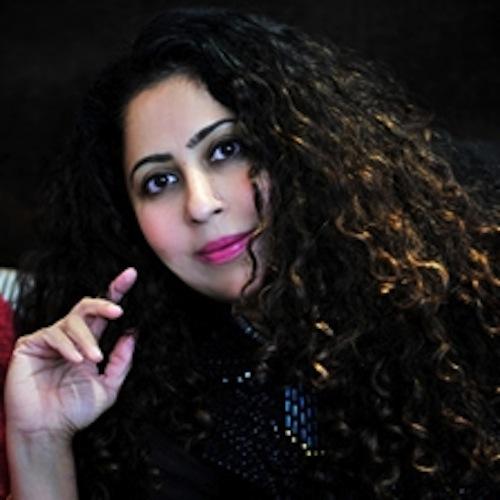 Anita Nair (1966 – Present ) is one of the best selling authors in India of poetry and fiction. Her books have received huge accolades from readers and critics.
The list of Indian Writers in English is incomplete without the mention of Anita Nair.

Anita Nair was born at Mundakottakurissi, near Shormur in Kerala.  She pursued her B.A in English language and Literature in Chennai before returning back to her native place. She was working in the position of the creative director of an advertising agency in Bangalore. Currently she resides in Bangalore.

Anita Nair’s novels and other writings have been immensely popular and widely accepted by her readers which marks her position as an established writer of the contemporary period. Anita Nair’s first book is titled Satyr of the Subway, a collection of short stories.
Her second book, Ladies Coupe (2001) turned out to be the first book to be published by Picador USA and has been translated in several languages around the globe.

Some other popular novels of Nair’s are The Better Man (2000), Where the Rain is Born- Writings about Kerala (2003), Mistress (2003), Magical Indian Myths (2008), Lessons in Forgetting (2010). As a playwright, she has written a play titled ‘Nine Faces of Being’ whose story is adapted from the novel Mistress.

Anita has written books for young readers also such as Adventures of Nonu, the Skating Squirrel (2007) and Living Next Door to Alise (2006). Her collections of poetry include Malabar Mind (1997). She has also written essays which are published as a collection as Goodnight and God Bless (2008).

Anita Nair’s novel Mistress was named a finalist in the PEN/Beyond Margins Award in the U.S.A. in 2007 and also nominated as a finalist for LiBeratuepreis 2007 in Germany. The book was also on the Orange Prize long list in the UK. She is the recipient of the FLO FICCI Women Achievers Award in 2008 for her contribution in the field of literature.

Arch of Excellence Award by the All India Achievers' Conference, New Delhi for Literature
2007 LiBeraturpreis, finalist, Germany.
2008 FLO FICCI Women Achievers Award, for literature
2009 Montblanc honored her with the launch of the Special Edition writing instrument in India; for her novel contribution to literature, enforcing cross cultural endeavors and enlightening experiences that have transcended an inexhaustible diversity of forms – barriers of language, cultures and identities.
2012 Kerala Sahitya Akademi Award for her contribution to literature and culture
2014 The Hindu Literary Prize shortlist for Idris Keeper of the Light
2015 Global Ambassador for Women for Expo May
2017 Crossword Book Award, Jury Award, Children's category, Muezza and Baby Jaan
2020 UNHCR appointment as a high-profile supporter.
7679